6 Vital Things to Know Before Buying a Used Houseboat 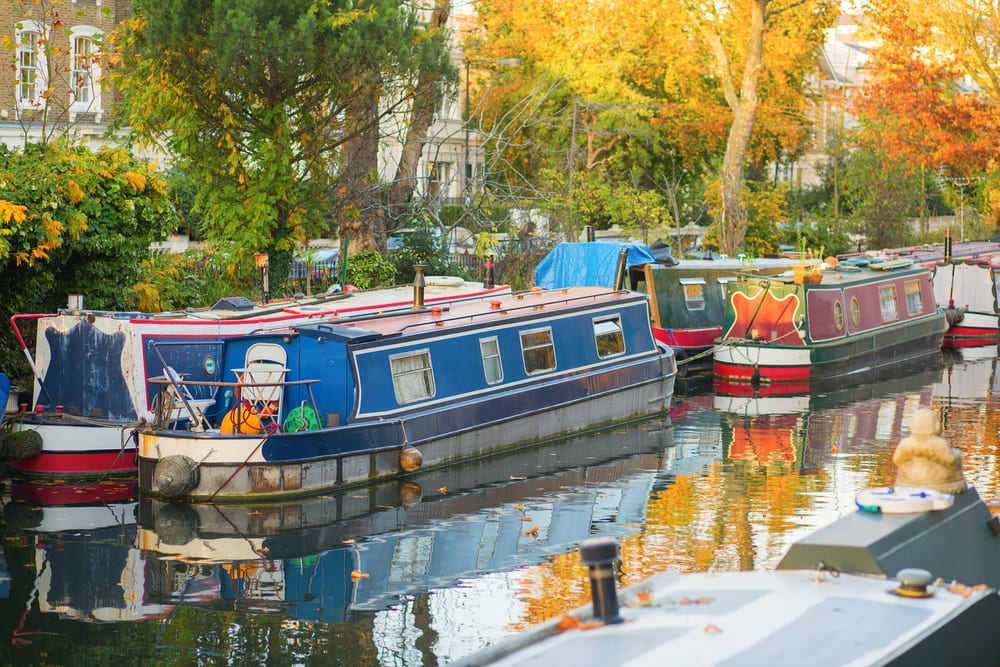 There has been a sharp increase in the number of people living in houseboats in the UK. The main driver is cost. With the cost of housing being unattainable for growing numbers of young people, living on the water has become an affordable and fun alternative.

It’s not all plain sailing. Winters are tough and emptying the septic tank is grizzly. But the frugality and freedom of houseboat living fits well with the entrepreneurial mindset. Richard Branson’s first home was a houseboat and he stayed in it for many years, while his business empire took off.

Used houseboats, however, are not always perfect and can be plagued with problems. So it’s more important than ever that you take your time and thoroughly check and consider every prospect. There is a romantic element to the idea of houseboat living, but don’t let yourself fall in love with a pretty boat until you’ve fully considered these six vital areas:

Even though we aren’t buying a new houseboat, used houseboats can still be quite expensive, especially if they have not been used much.

Houseboat price can be anywhere from £10,000 to £200,000 depending on the level of utilities, such as a log burner, chemical toilet, and wiring. Every houseboat owner has to pay for a boat licence, which can be anywhere from £500 to £1000 a year. The size of the houseboat also needs to be considered, specifically the width. If you pay for a mooring the width of your houseboat will affect the price of rent. Although prices for docking spots can be high, companies will often provide you with electricity and toilet facilities. Some boats even come with a permanent mooring with no added fees.

A permanent mooring is more expensive, so frugal houseboat dwellers usually chose to save money by continuously cruising. The norm is to moor in one spot for a maximum 14 days before moving on, although it is common to moor up for the winter (November to March). If you are a continuous cruiser you will need to be informed about where you are allowed to moor, there are many restrictions on rivers but fewer on town canals.

There are restrictions on the minimum distance between moorings and returning to previous mooring that could pose a challenge to overcome if you are trying to hold down a job and life in one city. If you don’t plan to live on your houseboat this does not pose as much of an issue, there are many residential mooring companies that will allow you to rent a mooring provided you are not living on the boat.

Houseboat buyers won’t be able to get a mortgage as there is no land to secure it against. Funding is generally through personal loans or specialist lenders. There are financing companies out there that specialise in boat loans and these experts can tailor your finance packages to meet your lifestyle needs.

Generally, boat loans have a higher level of interest than house loans, anywhere from 6% to 15%, and a 20% deposit is not uncommon. If you can buy your houseboat outright then it is a wise financial decision.

You can also purchase a boat to convert into a houseboat or boats that have been partly converted but the owner has given up. Whilst these boats require extra time, energy, and funding, they are generally cheaper than finished houseboats.

The houseboat you are looking to buy will definitely have been on the water before. Houseboats can also get scratched up during their life cycle or even develop holes. The inside of the houseboat itself can be damaged too. Whenever you are buying a used houseboat, make it a point to go and see the houseboat. While photos are helpful, they can often mask any blemishes the houseboat has. By going there in person, you can be sure that the houseboat is up to your standards.

Just like cars, houseboats come with a series of electronic gauges to give you an indication if there is something wrong with the houseboat. These electronics will also help give important information like speed and gas readings. These electronic systems can cost a lot of money to fix if they are broken. Make sure you don’t buy a houseboat with a broken electronic system as you will find yourself needing to repair this later and spending even more money.

4. Fire Up the Engine

A houseboat isn’t much of a houseboat if it cannot move. Take a look at the engine and see if there are any problems or issues with it. Talk to the owner and request that he fires up the engine. If the owner refuses to do this, there is generally something that they are looking to hide. Engines can be even more expensive to fix or replace than the electronic system so make sure you are getting the information behind it.

5. Check the Inside of the houseboat

Houseboats on the inside can find themselves heavily damaged if they are not cared for. Extensive amounts of mould and mildew can grow on the inside of the houseboat and can become quite troublesome. If undetected, this mould can make you quite sick and in serious cases even kill you. If there is an extensive amount of mould, you may want to look elsewhere for a houseboat as the hassles of owning a houseboat with mould outweighs the benefits.

Just like a car, a houseboat has its own stories and history that the owner will know about. Figure out if the houseboat has ever shown signs of possible engine problems, or if things have had to have been replaced on the houseboat. Figuring out what parts are stocked and which ones are not is important as well, as it will affect the repair processes for the houseboat should it need them. If you’re making a large purchase like this, make sure that you are getting the whole picture.