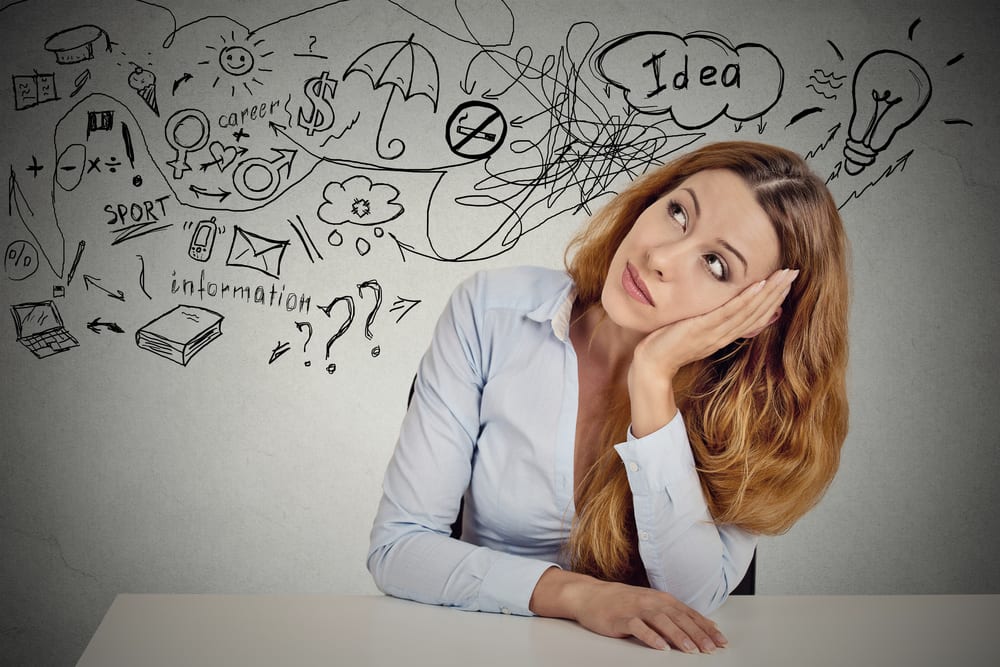 As a female business owner, over the last few years I’ve noticed it seems the number of British women setting up their own companies is growing, yet still we’re still lagging behind our male counterparts.

Last year, Minister for Women and Equalities Nicky Morgan said that if males and females were to set up businesses at the same rate, we would have a million more female entrepreneurs in Britain, adding billions to the country’s economy.

The reason they don’t might be shrugged off by some as evidence that men and women simply don’t want the same thing, or that men are the ones who want to lead while women are happy to follow, but a recent study by Avon gives an illuminating insight into both the professional aspirations of British women and their current levels of job satisfaction.

Of the 2,000 women polled by Avon, 60% said they wanted to start a business, so the desire is there in nearly two thirds of us. However, among those with ambitions of business ownership, close to half (45%) have never pursued their dream or idea.

This low correlation between ‘dreaming’ and ‘doing’ is even harder to explain when it appears that few working women are fully content in their jobs. The survey goes on to indicate that only 28% of women always enjoy their work, while one in three are constantly unhappy with it. With the majority saying that work (or the thought of it) takes up 85% of their waking life, it paints a sad picture of a high number of women who must be dedicating the lion’s share of their time to something they hate doing.

So, why the disparity between the number of women who say ‘yes’ to the idea, but ‘no’ to the reality of owning their own business? The study cites two main reasons:

Reason one – Fear of failure

A commonly cited reason that survey respondents gave for not starting a business, and one I’m sure we’ve all felt ourselves at times, is concerns over what would happen if it all went wrong. I wrote recently about the ‘impostor syndrome’ – this fear of failure never seems to go away, despite my agency celebrating its seventh birthday this month!

We’ve all heard the statistics about how many businesses fail in their formative years. The figures vary from source to source, but a commonly quoted one is that one in five businesses doesn’t last a year, and only half will still be around in three years. There are two ways to look at this: one is you’ll be in good company if your idea is not a success, but a more positive question to ask yourself is “why can’t my business be in the half that survives?” I’m very proud mine has survived this long.

Businesswomen, especially in my sector of digital marketing, worry they won’t be taken seriously. To a lot of people, the idea of a woman with her own business conjures up images of a housewife who does a bit of baking or knitting to make some extra money from their hobby. They don’t realise that sectors like digital, engineering and manual labour – though still male dominated – are seeing greater female representation. As a consequence, women involved in these fields often fear the ‘I told you so’ sneers they may encounter if their business is not a success.

Statistics continue to suggest, however, that women make excellent entrepreneurs. That’s established conclusively in this analysis of Fortune 1000 and S&P 500 companies run by women and men.

Would-be businesswomen should also remember that failure, if it does happen, is a part of a learning process. This list of famous businesspeople and celebrities whose first venture failed is testament to the fact that even the best make mistakes, and that learning from them is part of the journey towards becoming successful.

Among the 45% of ‘dreamers not doers’, another common reason for not taking the plunge is that it just seemed too difficult.

Perhaps there’s a distinction that needs to be made here between the two types of people that give this as their reason. No doubt a significant number of women in the “it’s too complicated camp” don’t really want to set up a business, but instead simply want their business to be set up, and there’s a difference here. It’s the same difference between wanting to learn a language and wanting to be able to speak a language, or between wanting to write a novel and wanting to have written a novel.

Any endeavour, whether it’s painting a portrait, climbing a mountain or starting up a business, requires a degree of commitment to the process in order to achieve the end product, so I’m going to be slightly controversial here and suggest that some of the 60% should reconsider whether they really do want to run a business.

However, there are bound to be prospective businesswomen out there who are willing to put in the graft to get their business up and running, but are genuinely confused as to where to start. All they need is a guiding hand to set them on their way.

Women in this boat should remember that there are plenty of places to turn to, such as growth hubs, networking groups and the Institute of Directors, which is actively encouraging female membership.

Ultimately, both of the above reasons come down to confidence, and there’s no better way to boost it than to pick up the skills you need to convince yourself that you are a business-minded person, that you are committed to your dream and, above all, that you know what you are doing. Since starting my business, I’ve taken part in a number of leadership and management initiatives, and I’m definitely still learning.

In a 2010 report, the Global Entrepreneurship Monitor (GEM) revealed that taking up entrepreneurship training can make a person three times more confident in their business-running skills. One thing there’s no shortage of these days is courses, whether they’re online or offline, so why not keep an eye out for one in your area?

Whatever approach they take, it’s to be hoped that the serious section of the 60% can find ways to build their skills, confidence and knowledge and channel this into entrepreneurship, allowing the number of women-owned UK business to keep growing and thriving.

Image: dreams into reality via Shutterstock