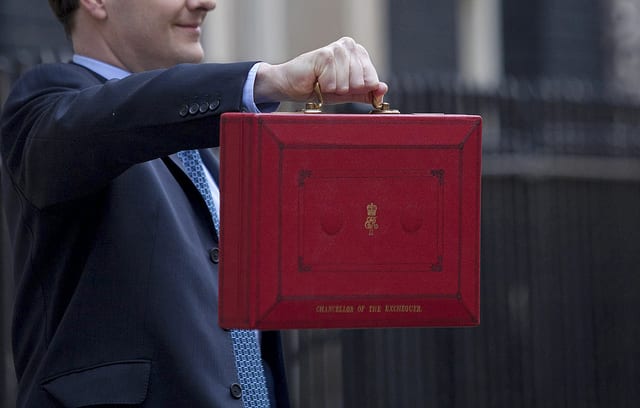 George Osborne’s belated autumn statement was announced as the first snow of winter fell across much of the UK. In keeping with the weather, it unfortunately leaves women out in the cold. A broader response on the impact on women can be found from the Fawcett Society. Here is our response regarding the impact on women in business.

The Chancellor said: “For every one job less in the public sector, two new jobs are expected to be created in the private sector.”  Large numbers of the 200,000 women who have started new businesses since 2008 illustrate the Chancellor’s point very clearly.  Women dominate public sector redundancies and new business start-ups – since the 2008 crash more women have started in business than ever before – for the first time ever, more women than men are becoming self-employed. The vast majority of the self-employed earn less than the average wage – particularly in the first few years.  The government needs to do more to ensure that those new self-employed jobs genuinely replace the value of the public sector jobs which have been lost.

While the business community in general welcomes much of the business and enterprise focused elements of the Autumn Statement, the new support measures will overwhelmingly benefit male dominated business sectors. The Chancellor has given a significant boost to manufacturing industry by increasing capital allowances for plant and machinery by a factor of ten. He has committed further support for aerospace and advanced manufacturing. At the same time the numbers of women in leadership roles in manufacturing, science, engineering and technology (SET) based firms remains tiny. The Coalition Government has cut programmes to support women in SET industries.  If women are to be part of the direction of business growth the Government is investing in, support for SET based industry needs to be reinforced by development programmes to help more women succeed in SET careers.

The investment in rural and high-speed broadband is a welcome boost for the growing numbers of home based workers and businesses.

Government has acknowledged the critical importance of ensuring that more women are included in business leadership. Acknowledging that businesses with mixed gender leadership perform better, they have set clear targets and timescales towards significantly increased female leadership on corporate boards.  The Chancellor announced a significant increase in the role of Local Enterprise Partnerships (LEPS). From April 2015 the Government will place more of the funding that currently goes to local transport, housing, skills and getting people back to work into a single pot that LEPs can bid for. So far those private sector partnerships have performed poorly in terms of gender balanced leadership and representation. Government must ensure that this new investment goes alongside gender-balanced leadership targets.

The Chancellor said: We’re creating a new Business Bank and providing it with £1 billion of extra capital which will lever in private lending to help small and medium sized firms and bring together existing schemes.”  Our current system of small business financing isn’t working and urgently needs review. However, government also needs to ensure fair banking, with clear information for business and reasonable caps on interest rates. In Germany small locally based non-profit making banks serve 70% of the market. Surpluses are reinvested in the local community. The Chancellor should review how the UK could develop a similarly long-term and stable approach to business banking.