Design for women: can the car industry get past pink? 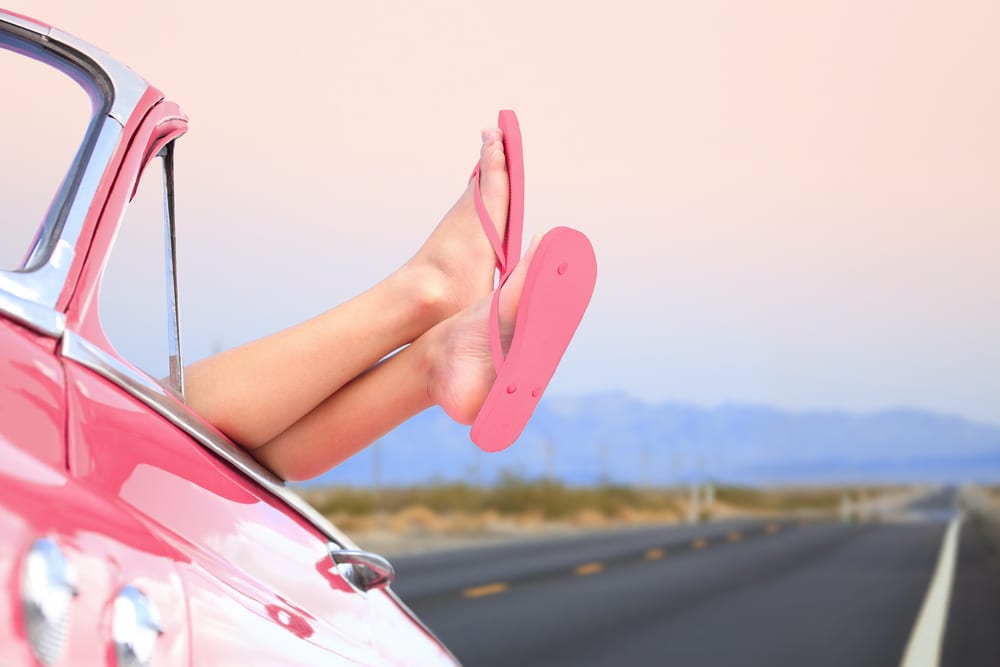 Women make the purchase decision about most cars sold these days. But the cars on sale are still, mostly designed by men, for men. The car industry is gearing up to the challenge, but so far most attempts are still stuck at pink.

Honda launched a car designed specifically for women into the Japanese market towards the end of 2012. The “Honda Fit She’s” looks pretty much like all the other versions of the Honda Fit, except it’s a garish pink. The stitching on the seats is also pink and there are a few other decorations. For instance, the apostrophe in ‘Fit’s’ has been replaced by a pink heart. Other features of the car concentrate on skin protection – such as a refined climate control system and UV filters on the windscreen.

I wonder if the manufacturer of Barbie’s toy car might be planning to sue Honda for copyright theft.

But the Honda Fit She’s is only the latest in a long series of car crashes by people attempting to cater for women with simplistic  ‘paint it pink’ approach. Back in the 1950’s, Dodge tried to design a vehicle specifically for women in the US marketplace. The Dodge LaFemme included spaces to store your hat and a swivelling driver’s seat so that you didn’t flash your knickers as you stepped out. The car did not sell and disappeared from showrooms after a year or so.

Interestingly, even when a vehicle is designed to be relatively gender-neutral, it can suffer if it later develops a reputation for being favoured by women.  Volkswagen publicly worried reductions in sales of its New Beetle were because the car had become known as a bit of a ‘chick car’.

By women for women

Back in 2004, Volvo produced a concept car designed by women for women. The car included a body scanner that enabled automatic adjustment of the seating position, steering wheel, pedals and mirrors to match the dimensions of the driver.

But the designers also included features that fit the stereotype of women’s preferences. The whole front of the car was moulded in one piece. Only a specially trained mechanic could gain access to the engine. The idea was that most women never lift the bonnet except to refill the window washer fluid. The car’s engine sensors would communicate performance to the garage and the mechanics would let the woman driver know if they needed it brought in for any maintenance or repair work. The Volvo also featured seat pads that could be easily extracted for cleaning, and lots of small storage spaces.

Volvo may have a point about access to the engine. It’s interesting that car sales companies tell you very little about the ease of maintenance of the cars they sell. The truth is that a lot of us – male and female – leave those maintenance tasks to the garage.

Many of the car manufacturers have established women-focused design teams who provide solutions to the practical issues. They ask themselves questions such as: is there a danger that the door handle will catch longer fingernails? Or, can you reach the controls, see in the mirrors and drive comfortably, if you are pregnant?

Perhaps the lesson here is that a distinction needs to be drawn between styling and design. The Honda Fit She’s is really a bog-standard Honda Fit. But it’s ‘styled up’ to match the preconceptions and prejudices of some Honda executive about women.

Style does sell cars. Ford designed their highly successful Fiesta update with “Antonella” in mind, a single, style-crazy fun-seeker living in Rome who cares more about the functions on her telephone than the performance of her car. But style is subjective. What Antonella likes, Adreanna – or Anton – may hate.

Design is different. Design is where you search out the real difficulties facing women – or any other group – and you provide solutions.

The amazing thing about design is that solving problems for specific groups often solves problems for lots of unspecified groups as well. When shops and department stores were required by law to install automatic doors to allow disabled people greater access, they discovered it made life a lot easier for millions of parents with buggies. That increased store sales.