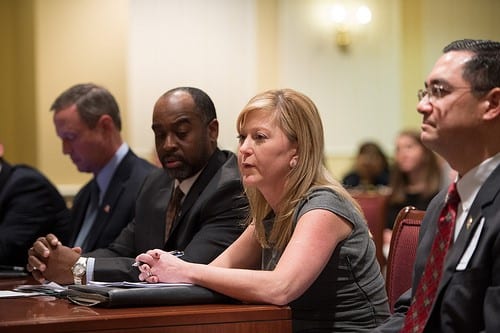 During summer 2013, a number of employment law reforms came into effect and these could have consequences on different aspects of business, both from an employee and an employer perspective. From an employee perspective, you may feel less inclined to make a claim following the changes in the law.

For further guidance, you’ll find a useful blog on http://www.blasermills.co.uk which provides more information on employment tribunals and can keep you up-to-date on any changes which may affect you.

In the meantime, here’s an outline of the recent changes.

Following changes to employment law, if you wish to make a claim against your employer in an employment tribunal, it is now necessary to pay a fee up-front. As well as making a payment at the time the claim is lodged, you will also have to pay a fee when the actual hearing takes place.

The main justification for the fee introduction is that the system is expensive to run and those who make use of it should help to pay for it. However, trade union Unison has applied for a judicial review on the introduction of tribunal fees as it will prevent employees from exercising their employment rights.

A ‘quick chat’ could be the beginning of a dismissal

Until the employment law reforms took effect, an employer could discuss a settlement offer regarding termination of employment with the employee on a ‘without prejudice’ basis, meaning that the details discussed could not be used against the employer in future tribunal proceedings. However, for these discussions to take place there had to have been a prior ‘dispute’.

Now employers will be able to hold ‘pre-termination negotiations’ with employees without the need for a formal dispute to have taken place. So employers can use termination discussions at any time without fearing that it may come back to haunt them in a tribunal. So in future, a ‘quick chat’ could be a coded cue to an employee that their job is at risk.

Before the employment law changes, the maximum compensation for routine unfair dismissal claims at an employment tribunal was £74,200 to cover any losses connected with your dismissal, for example loss of salary. Now the cap for awards is the equivalent of 52 weeks’ pay or £74,200, whichever is the lower. Therefore it is now out of the question to secure more than a year’s salary, regardless of how long it takes you to find a new job. The reason for this change is that it was considered that many claimants had been encouraged to seek unrealistic compensation and that this alteration to the rules will make claimants more realistic in their expectations for compensation.

It seems that with the changes in employment law, there may well be fewer tribunals taking place, especially with the introduction of fees which will make some employees think hard before issuing a claim.