Female Business Angels on the rise in the UK 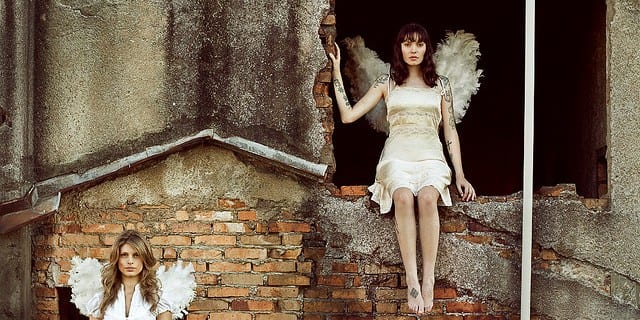 Female entrepreneurship in the UK has been given a welcome boost, with a sharp rise in the number of female business investors. A new survey of business angels in the UK, by a team from Glasgow University, has reported a 12% increase in the proportion of women business angels. It is a significantly higher figure than reported in previous studies undertaken over the past 20 years. The increase parallels trends in the USA, where the number of female business angels has been steadily increasing and now stands at 20%.

This news has been welcomed by the investment community. Eileen Modral, Manager of Oxford Investment Opportunity Network (OION) says: “This is encouraging news. Having more female role models in the investment world sends out a strong message, not only to other women interested in providing funding support but to potential female entrepreneurs. I have seen an increase in women-led start-up companies or part of a co-founder team, and this is an upward trend that has potential to continue.”

On average the women who responded to the survey started investing five years ago (2009) compared with ten years (2005) for men. This is further evidence of the recent growth in the number of women business angels.

Given their relatively recent history as business angels it is not surprising that women are less experienced investors than men:

Investing as part of an angel group

Driving the overall growth in business angel activity is the opportunity to invest alongside others in organised and managed angel groups. 82% of women are members of one or more groups (average 1.6 groups), marginally lower than the proportion for men (86%). Some groups have been established as women-only groups specifically to encourage more women to become angels. Women and men were equally attracted to join angel groups for the opportunity to invest with others.

Previous research has found few differences in the backgrounds of male and female business angels. Indeed, the pioneering women angels had very similar in terms of backgrounds to their male counterparts. However, the influx of new women business angels is changing this.

Influence on their investment decisions

Angels who invest in groups are open to influence in their investment decisions from both the group manager and other angels in the group.  Women were less likely than male angels to be influenced in their investment decision by the views of other angels. This was particularly noticeable amongst women who were members of all-women angel groups. This may reflect the overall lack of investment experience amongst other investors.

[quote]The increase in the proportion of women business angels is the most significant finding from our 2014 Survey of Business Angels in the UK. Our research suggests that women assess investment opportunities differently from men. Entrepreneurs need to understand this and adjust their investment pitches accordingly.[/quote]

“There has undoubtedly been a marked increase in the number of wealthy, as well as entrepreneurial women capable of investing. The entrepreneurs do so because they love business and enjoy sharing their knowledge. Theirs is certainly a more holistic approach to decision-making; they take a good look at the people, and what drives them to want to thrive in business. I will certainly be referring to Professor Mason’s findings as I promote the benefits of joining the investor community to the women I meet.”

The 2014 Survey of Business Angel investing in the UK: A changing marketplace by Colin Mason and Tiago Botelho is available at http://www.gla.ac.uk/media/media_362647_en.pdf