The rise and rise of independent female traders 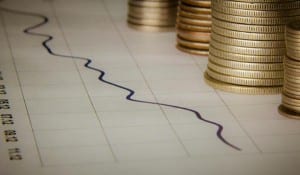 ‘We need more female traders’, the government’s commission on banking standards concluded in its recent report. It’s now well-documented that male-dominated trading floors led to excessive short-term risk-taking which spun out of control and crashed. In fact the few women traders who did operate pre-crash had better results over sensible time-frames.

So where will all the new female traders government is calling for come from? Well it looks like women have got the message that this is something they could be good at. There has been a huge rise in independent female traders, according to new research from financial experts City Index. Between 2001 and 2011 the number of female traders registered on their platform increased 14-fold.

City Index produced a handy infographic showing who those women are. The average age is 41, with the youngest aged 19 and the oldest 94. And while most are Directors already well engaged in the business world, there is also a surprising number of teachers, secretaries and housewives. In fact one of the top traders is a teacher who earns £160,000 from trading on top of a £32,000 salary. Nice work. But as they say in the footnote ‘remember spread betting and CFD trading can result in losses that exceed your initial deposit.’

If you are planning to trade, hold on to those female characteristics, they’re a real asset according to the experts. Here’s a reminder of why women are often more savvy about investing than men.