Being a global citizen to run a global business 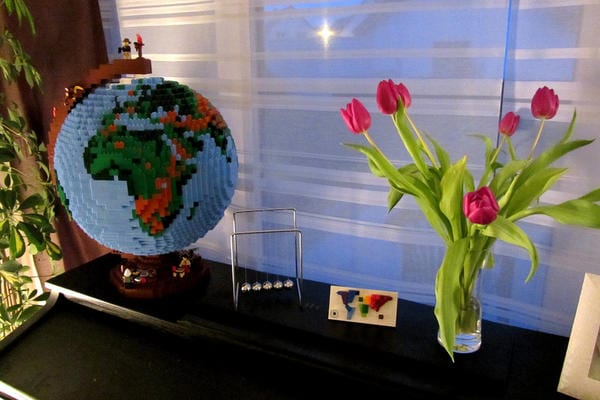 Being a global citizen is important if you want to run a global business, according to Leslie Meingast, President and CEO of  The Personnel Department.

[quote]If you are running a business that is operating in different geographical locations and time zones, it is important to be aware of issues and situations that may impact your business. I enjoy watching the global news and learning about what’s going on in the world and when you are running a global business, it’s important to have global as well as local awareness.[/quote]

Initially, the idea of running a global business was not in Meingast’s thoughts when she was approached to go into business with three other partners in 1980.  She joined them, but when an economic recession hit Western Canada in 1982, which saw unemployment hit 20% and interest rates soar to 21%, the partnership dissolved.  Around that time, her husband was also starting a business so Leslie set up a joint venture with his, seeing them all trade under the same name The Personnel Department. This business survived the recession and prospered.

Whilst Leslie had some early aspirations to grow the business, they were not as grandiose as her husband’s vision. “I was originally just thinking nationwide but he had bigger plans, so our first office was in Calgary, the 2nd office was opened in Vancouver, the 3rd in Auckland, New Zealand, the 4th in Sydney Australia and number 5 was Portland Oregon. By 1997 we had opened 32 offices!”

Initially, The Personnel Department focused on markets where they already had some expertise, so English speaking countries were targeted.  This proved to be a sound strategy as the varied economies ebbed and flowed at different times.

Leslie was initially reluctant to operate in countries that spoke another language but changed her mind after travelling with the Canadian government on an International Trade Mission to Japan and China.  She recalls, [quote]When I saw what was going on in China and Japan, it changed my perspective. I would say that people who want to build their business globally should get out and travel. There are always Trade Missions that your country or government arranges. Or get introductions from other people you know, it will just changes how you look at things. [/quote]

Meingast believes that to grow globally you have to have an ambitious plan. For example if you set out to grow from £1million to £30 million, and you get to £25 million, you are unlikely to break down in tears over the shortfall because you will have accomplished a lot. But if you only set out to go from £1 to £3million, you may have not gained all the benefit that you could for your efforts. Her growth strategy focuses on four areas:

Once you have set up in a new country, one of the difficult decisions to be made is whether to recruit local staff, or manage the operation with employees from the “HQ” or home location.

Leslie used their existing in-country business contacts she had to open doors for them, and then she put their cash in the bank and recruited locally. It did require a major chunk of Leslie’s time to get the operation up and running.

[quote]When New Zealand opened, I was there for three months and in Australia I went for six months. I recognised that you need to have an executive on the ground in the early stages to do the start up and training. In those days we did not have Skype or email, so I had to make sure that we had a good reporting structure back in Canada. My philosophy has been from the very beginning that I hire people that were better than me, so that they can manage the different parts of the business when I am growing it. [/quote]

Learning from other countries

Leslie acknowledges that not all business owners want to expand into other countries, but she does believe that you can still use the knowledge of best practice from those countries to improve your own operation.

[quote]If you sit in your silo thinking only about your business locally you have missed huge opportunities for learning, growth and best practices. With the internet, you can now understand what best practices are around the world, and then bring those to your local market to enrich the experience for everyone.

Because people travel extensively and view things on the web, today nothing seems to be a barrier in the way it was 30 years ago. We used to use teletype and it would take 10 days to get a courier from Australia to Vancouver. Now we can talk in real time using video conference.[/quote]

The advances in communication methods and speeds have enabled the idea of a global business to become a reality far more easily.

The Personnel Department  are one of the companies featured in the Growth Story by Sue Stockdale.