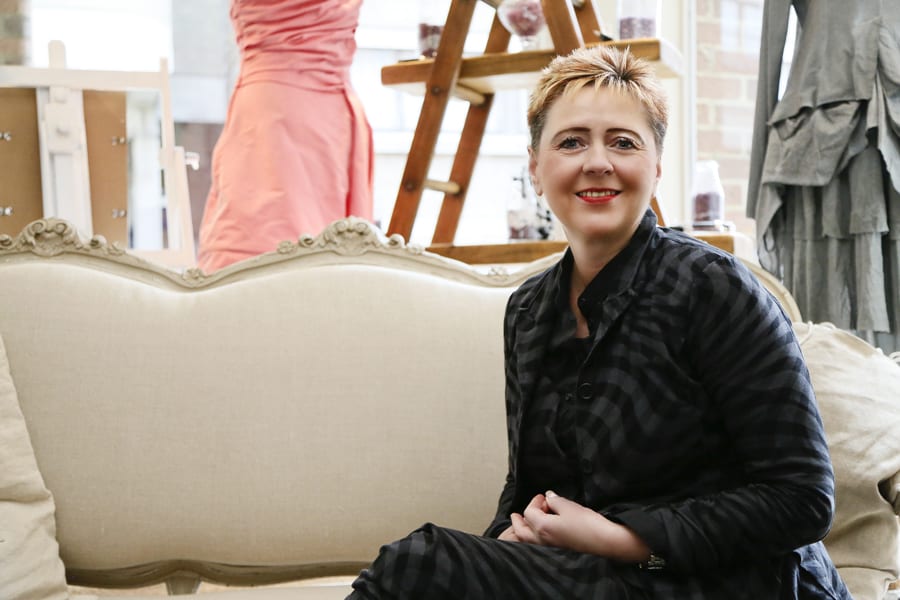 Today, women-owned businesses are becoming a powerful force in the world’s economy.  The Growth Story provides case studies of nine women entrepreneurs from UK and North America who have all used different strategies for business growth.

Most of the businesses featured are trading globally and include Jazzercise, the world’s #1 fitness franchise; a leading Canadian retailer of gluten free products; and a UK company in the children’s daycare sector. The entrepreneurs share the realities of business growth.

This short excerpt looks at the story of Margaret Ramsdale and Omega Uniform Systems. It illustrates how tech systems can transform your business model.

Omega Uniform Systems is a Canadian company that provides, manufactures and sources uniforms and manages uniform programs for large corporations.  They started out in 1999 in the hotel sector by designing and providing all the uniforms for hotels. The company focused on the hospitality business for a number of years before moving into other sectors.

As the business grew, the founder, Margaret Ramsdale, took on a business partner and got an office, and they became known in the hospitality sector and then the transportation sector. One of the customers they had been courting for a number of years issued a tender for the supply and management of their uniform programme. This was a major Canadian airline and one of the requirements in the scope of work was an online ordering system so that the employees could order uniforms individually.

The airline would give the employees an allotment of points, rather like a personal bank account, and then each employee could manage their points to purchase items of their uniform from a menu of pieces that were available for their job position. This had to be done on the internet so Margaret found a programmer who put together an online ordering system for the company.

As part of their system, the employee was able to monitor throughout the year the number of points they had left and so could select items at any time and it would all be tracked online. The employer was also able to track how much of the budget had been spent and what was remaining, so it was a great way of controlling the budget whilst allowing choice and flexibility for the employees.

The employer could also interrogate the data to work out spend for each group of employees, e.g. pilots, which would help them with forecasting for future years. The system was streets ahead of the old paper-based system that the airline had used, which was admin intensive and costly, and it enabled the front line employees to take control of the ordering process themselves.

Margaret recalls, “At this stage, the technology was something we had been giving away as a value-added service.”  She says, “Our job was to sell the uniforms and if the technology facilitated it, that was great.” Then in 2011, at the Women Presidents’ Organisation (WPO) conference, Margaret spoke to an international car rental company who were just going to tender on their uniforms, so they got involved in the process. Then they got the feedback that their company was too small to go ahead with the tender for uniforms, but the corporates loved their ordering system and asked Margaret if she had ever considered licensing it.

This was to be the turning point as Margaret realised that the technology they had created had a value outside of how she had originally thought about it.

Click here to buy a copy of The Growth Story.