How can we close the gender gap in tech? 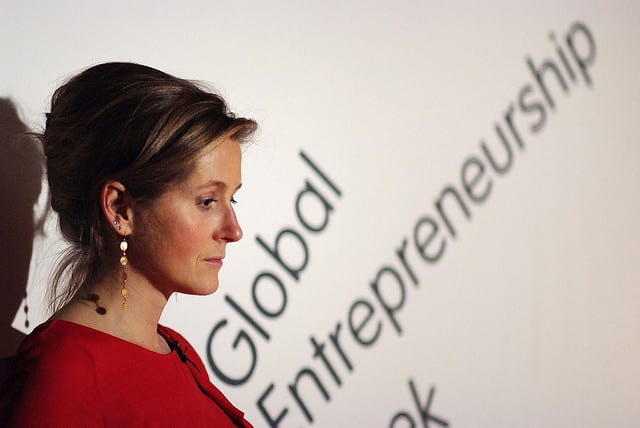 Women are being left behind in the fast-growing tech industry. A recent survey suggests that just 27% of young women would consider a future career in tech-based industries, compared to 62% of boys. And just 3% of women, compared to 15% of young men put a tech career as their first choice, according to research commissioned by PWC.

The needle isn’t shifting much in schools and universities, with girls making up just 15% of those studying Computer Science, Engineering and Technology. Those figures are similar across the STEM (science, technology, engineering and maths) industries and get worse with seniority; just one in twenty tech leaders is a woman.

Why does it matter?

Our world is being rapidly reshaped by technology. And those changes are not just technical, they are fundamentally social. If women aren’t an integral part of the decision-making and design process we end up with the virtual equivalent of theatre loos (just look at the length of the women’s queue compared to men’s) and early airbags, which were designed for height and weight of the average man and lethal for women and children. With technology impacting on almost every area of life, the implications are serious.

Diverse teams are more effective on every level. Research shows teams with a more even gender balance perform better financially and they also meet customer needs more effectively.  More than half of young women say the most important factor in their career ambitions is the chance to make the world a better place, compared to 31% of young men. It’s more and more important that that perspective is well represented in tech industries.

What’s to be done?

Education and inspiration has to start in schools, with more creative approaches to engaging girls. Focused programmes outside schools that target girls, like Stemettes, are also doing a great job to raise awareness and attract girls who can feel awkward taking part in classes that are male-dominated and focused.

There are also signs that young women are entering tech professions through the side door. As female-dominated industries become digitised, like retail and marketing, women are becoming creative techies by default in ecommerce and digital marketing. London and the North of England are hotspots for the fast-growing digital marketing industry, which has a fast improving gender balance, with women now making up almost a third of those working in digital marketing roles.

It’s difficult for girls and young women to imagine themselves in a career where no one looks like them. This is why visible role models are so important. While big names like Martha Lane Fox and Sheryl Sandberg and historic figures like Ada Lovelace are important, local and accessible role models matter just as much, if not more. Awards ceremonies like the DevelopHER awards celebrate women working in the tech industry in East Anglia. With 15 categories encompassing the range of tech roles, including apprentices, digital marketers, games developers and user experience professionals, awards like DevelopHER demonstrate the wide range of opportunities opening up in the tech industries and make visible the diversity of women already building tech-based careers.

History is important too. It wasn’t always like this. Ada Lovelace was the first computer programmer and inventor of the algorithm, back in the 1840s. And when her vision of a computing machine was finally implemented in the mid-20th century, the early computer programmers were mostly female. The ‘hard’ part of computing was seen as designing the machines and programming was seen as lower-order, lower-paid women’s work. The cultural framing in the 1980’s of home computers as ‘boys toys’ was a significant part of the shift to the industry becoming masculinised and female tech professionals being sidelined.

Until the internet revolution women were at the forefront of tech. It’s time to demolish the stereotypes and get the industry back to balance.