How to make your senior positions more attractive to women 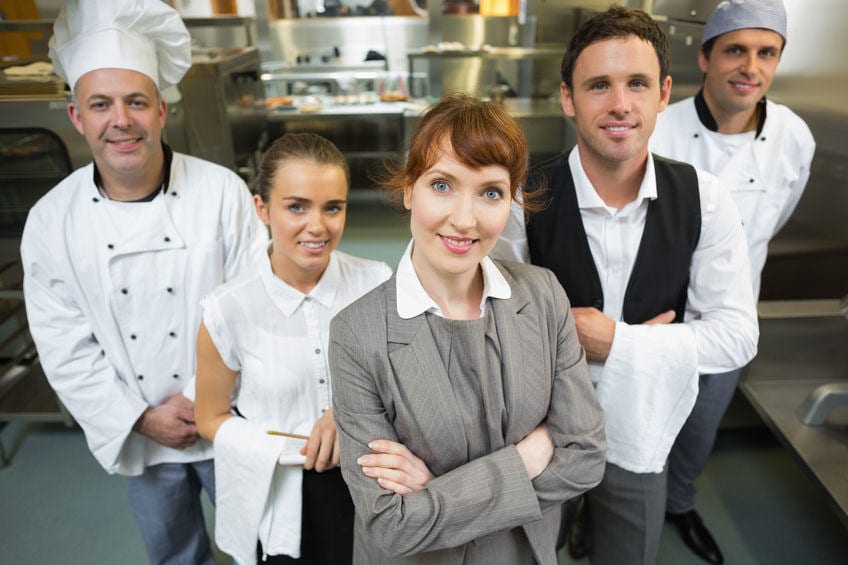 Equality in the workplace is becoming a more discussed topic but, with the number of women in senior roles declining, it’s clear that companies need to be doing more to attract females to their high-profile roles. We spoke to Chris Stappard, Managing Director at Edward Reed Recruitment, to find out what your business should be doing to draw more women to your senior job vacancies.

Having women in your senior roles is invaluable, with research showing that this can have many positive effects on your businesses performance (PIIE). But, with the proportion of these roles held by women standing at just 24% in 2018, it’s clear that inequality is still rife in many workforces (Grant Thornton).

Saying this, there have been some promising signs that equality is becoming more of a priority for everybody, with many businesses supporting and celebrating International Women’s Day. For example, MetLife has developed a programme to help strengthen women’s readiness for these senior positions. The day is also supported by many other big names including Amazon, as well as national universities. So, if you think you need to be following suit and making your vacancies more attractive to women, try one of my top tips.

You’ll already know that your job adverts need to be impactful to make them stand out against competitors but, when you’re trying to attract more women, it’s important that they feel like these positions are for them. Even simple decisions, such as having more images of women represented on your website and job adverts, can help to sway women towards applying.

Another important consideration is the language you use, as gender-charged words can unevenly balance the diversity of the applicants. For example, research by Textio has found that using softer sounding words that focuses on collaboration is more favoured by women, whereas ads which use language to transfer ideas of competitiveness and assertiveness are more likely to attract males.

Minimising the amount of criteria you put on your job advert can also help to draw women in, with a study in the Harvard Business Review discussing how many women won’t apply for a job unless they meet 100% of the qualifications. Ultimately, this means that a long list of criteria could be deterring women from your role. Instead, focus on the key requirements — making sure you include enough detail — to attract women to your senior roles better.

One of the most talked about elements of business inequality is the gender pay gap, which sees men’s wage packets significantly overshadowing those of women on average. While it may not be possible for your female candidates to know the pay of your other employees, there are sites such as Glassdoor and LinkedIn where they may be able to see previous or current salaries of people in similar roles.

In general, women’s mean hourly rate is 29.7% lower than men’s, according to statistics published by the government. But, with more and more companies striving to close the gender pay gap — and the Office of National Statistics reporting that the gender pay gap for full-time employees fell in 2018 — it’s important that you match these expectations and offer a competitive salary that will make women feel like equals.

Change the way you interview

When you have successfully attracted women to the role, you’ll need to look into making your interview process more female-friendly, as candidates will also base their suitability for the role on the environment they’re greeted by. It’s not uncommon for some women to be intimidated by males in high positions, so ensuring you have a senior female member sitting in on the interview may help to put them at ease and will also highlight that there are already women at senior levels.

Confidence is key for any candidate, but it’s suggested that men are typically more open to showing off their experience and abilities, while women tend to understate these. To ensure you see the true potential of the women you interview, asking them to bring along a portfolio of their work or other visual proof may be a better indicator of their suitability for the role.

While both maternity and paternity leave are granted at the time of a child’s early life, it can be difficult for many mothers to keep up with full-time work as the years go on, due to the commitments to their children. This is supported by statistics from the Office of National Statistics, which show that 1.8 million families split work so that the man works full-time and the woman is part-time, which can hinder their opportunities with regards to progression and pay.

Bearing this in mind when you’re creating the procedures for your workforce will make it more likely you’ll attract women to your senior roles. For example, allowing them the flexibility to work from home or use flexi-time to keep up with their children’s busy schedules is sure to be seen as a big perk, making your firm seem more appealing.

Diversifying your workforce and ensuring your company is supporting women in senior roles is important to furthering change in equality while accessing the best talent. So, if you think you need some more female talent in your senior positions, try my top four tips to get your vacancies noticed.