How Women Can Deal with the Challenges of Working in Tech 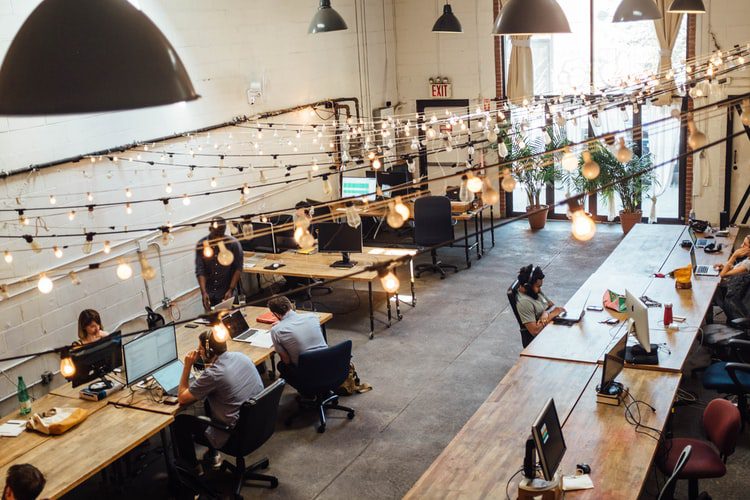 If you’re a woman working in tech as an IT administrator or any other role, you probably know the challenges that exist.

If you’re trying to break into tech in any capacity, being aware of the challenges you may face as a woman can help prepare you for the road ahead. Working in tech can be challenging to navigate, particularly since it is a particularly male-dominated working environment.

The following are some things to know about the challenges and how you can approach them successfully.

The fundamental issue is that it’s not seen as a traditional career field for women. At the moment just ten percent of those working in tech roles in the UK are women. And with just fifteen percent of girls taking computer science at degree level, there is not much hope for female representation increasing any time soon.

This means that you are will almost certainly be in a minority. The male-dominated nature of the tech industry has also reinforced an inherent bias in the industry that may not be malicious but exists nonetheless.

There are few female role models and mentors, purely because women are such a minority in the industry to begin with. And being a minority, not seeing or having others around that you can readily relate to can knock your confidence and instil a sense of what’s known as imposter syndrome – the feeling that you’re not good enough and that you might be found out.

Those cultural issues, alongside the very real lack of understanding and support for maternity support, can also contribute to a problematic gender wage gap. The industry is driven by the idea that productivity means you’re working almost constantly. If you take maternity leave, studies find you’re going to lose about 4% of hourly earnings for each child you have.

Those challenges can sound overwhelming. But many women do succeed in the tech industry. And those that do have generally made efforts to address those challenges. There are also numerous support and development schemes for women in tech. Those initiatives and the support of women in the industry is important, because tech shapes all our lives and if the industry does not include adequate numbers of women then that is a problem for everyone.

While some of the challenges occur at a macro level and are going to take systematic change, there are also things you can do on an individual level as a woman in tech to deal with these issues.

Many women may not have followed the educational path that’s needed for a tech career. This could be due to a lack of opportunities, encouragement or mentoring early on. If that’s true for you, you can do things outside of traditional education models that will allow you to be successful in tech.

In fact, many modern businesses don’t hire based on universities degrees. Instead, they’re willing to hire based on skills that you can develop outside of formal education. For example,  tech boot camps or getting certificates and credentials online are common routes into the tech industry these days.

How you perceive your skills and abilities is ultimately up to you and is something highly personal that you can change with work.

When you’re talking about your skills and experience, be confident in doing so, particularly if you’re speaking to a recruiter or hiring manager. Men are often overly confident about their skills and abilities, which in some situations isn’t a bad thing.

You need to be able to sell yourself.

Work on talking to yourself positively. How we talk to ourselves affects how we talk about ourselves. Work on exercises every day that help you build your confidence. If you have to, fake it until you make it. The more you act confidently, the more you’re actually going to feel that way.

You also have to remember that nothing will make you feel like you’re 100% ready for anything. You can be holding yourself back from great opportunities by thinking you need to build your skills more, or everything has to line up in just the right way. Those factors aren’t realistic and also aren’t required to achieve your goals in your tech career or otherwise.

Have a Support System

If you can find a mentor, even if you only have an online relationship, that’s a big part of building a successful tech career as a woman.

Your mentor doesn’t have to be a woman, but that does help because that person will understand more about what you’re specifically going through. You don’t even need to have a formal conversation about someone becoming your mentor. You should really just build relationships with women who support you.

Be Active in the Industry

There’s more to working in tech than just having a particular job role. There are a lot of things you can do to become better in that role and make it part of your life. You always want to stay up-to-date on what’s going on, best practices, and just generally be active in the field. That activity and genuine interest are often what sets people apart.

There are networking groups virtually and in-person just for women in tech. You can also attend conferences and events.

Be Your Own Advocate

For women who want to advance in their careers, whether in tech or otherwise, they need to be their own advocate. It’s unlikely anyone else is going to do it for you. You need to ask for what you want, speak up if you have questions, and you need to share your ideas.

Know your worth and your value, don’t be afraid to speak up, and put aside fears about how you’ll be perceived for doing so.

It’s not necessarily easy to be a woman in tech, but a lot of what determines your success will be things within your control.