Why Impostor Syndrome needn’t hold your business back 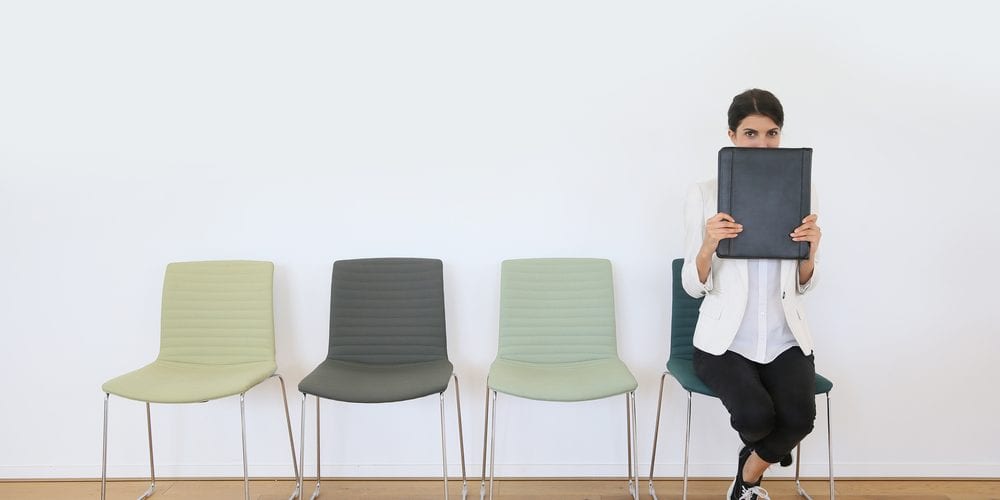 Some may see overconfidence as one of the most off-putting traits of business people. But studies have been conducted into a problem at the opposite end of the scale that plagues many of us. Known as impostor syndrome, it’s a phenomenon often thought to affect women in particular.

We are told that business professionals need to be confident, assertive and persuasive – and these are all important factors. What’s equally important to remember, however, is that running a business doesn’t stop you being human. Some of the personality traits we exhibit both in and away from the workplace are bound to have a bearing on our performance.

What is impostor syndrome?

Lots of people give a blank look when they first hear this term. But when it’s explained, they immediately understand and relate to it.

‘Impostor syndrome’ is a term coined in the 1970’s by two female clinical psychologists. It refers to the perception held by some professionals that their accomplishments are undeserved, that they are ‘winging it’ and that they may even eventually be exposed as incompetent.

In their 1978 study ‘The Imposter Phenomenon in High Achieving Women: Dynamics and Therapeutic Intervention’, Pauline Rose Clance and Suzanne Imes observed more than 150 high-achieving women. Many of the women held PhDs but they harboured doubts about their entitlement to such qualifications. Many looked at others and felt they were out of their depth in comparison, even though they had plenty of evidence to back up their success.

Why does this affect women?

Clance and Imes point out various factors that lead many women to struggle to internalise their achievements. These include a ‘sensitivity’ and inferiority complex developed at an early age, particularly if they also have high-achieving male family members, and the idea that women rely on ‘charm’ to make an impression. The report quotes American anthropologist Margaret Mead discussing how independent and successful women are often seen by society as “a hostile and destructive force”. Mead suggests that there is subliminal social pressure on women to avoid coming across in this way altogether.

For perspective, it is worth remembering here that this paper was written nearly 40 years ago, and that attitudes to women in business have changed radically in that time. Additionally, it should be mentioned that more recent research has indicated that men can be just as affected.

Is impostor syndrome really an issue?

First and foremost, it’s important to realise that a degree of impostor syndrome is normal, and perhaps even healthy. One report suggests that as many as 70% of people feel like an impostor at times. After all, if you never have any doubts about whether you’re the right person to be running a business, you probably aren’t! By having reservations about your own ability, and fears that things might one day take a turn for the worse, you are demonstrating a broadminded and prepared approach to business.

If these anxieties plague you though, it’s going to come across in the way you present yourself. A big part of running a business successfully is to make an impression when networking, and come across as someone who is great at their job and fantastic to work for. It’s very difficult to do that if you don’t believe it yourself.

How can impostor syndrome be tackled?

A good starting point is to sit down and analyse everything you’ve achieved, whether in business, academia or elsewhere in your life. Did you really manage all of this through blind luck?

Clance and Imes note in their study that many high achievers underestimate their own levels of hard work and determination. Whatever you’ve achieved in your life, you didn’t fluke it. You put the hours in. You learned from your mistakes. You bettered yourself. You earned it.

Impostor syndrome often strikes when you look at the way one of your peers has achieved something and think “I would never have thought of that”. It might be that they came up with a novel but effective way of solving a problem, and it might leave you feeling inferior.

What you should remember in these cases is that just because an idea is something you wouldn’t have thought of, it doesn’t necessarily mean it’s “better” than something you would have come up with. It’s just different. If you examine your own methods, you will probably find that you have used ideas that seemed natural to you, but innovative to outsiders, and you can confirm this by seeking feedback on your work.

Personally, I can fully identify with impostor syndrome – as a business owner it was a relief when I first came across the term and discovered other business owners around me had very similar feelings. I would not say it’s even something everyone can fully overcome, but the aim is to achieve a balance between self-confidence and acknowledgement that we can still learn and improve. When I think of achievements in my life, like starting my own business and making it profitable, I’m now able to look at the results of my actions and those of the team around me, and not just attribute the entire business as a lucky coincidence.

To me, it’s vital not to go too far down the opposite route and feel that you have nothing left to learn and no side of your skills you need to work on. By losing sight of the threats to your achievements, you allow complacency to breed and will miss any new weaknesses or even opportunities that might become apparent. For these reasons, always let the impostor inside you have their say, but make sure the real, high-achieving you has the final word.