Is “men only” the Bitcoin way? 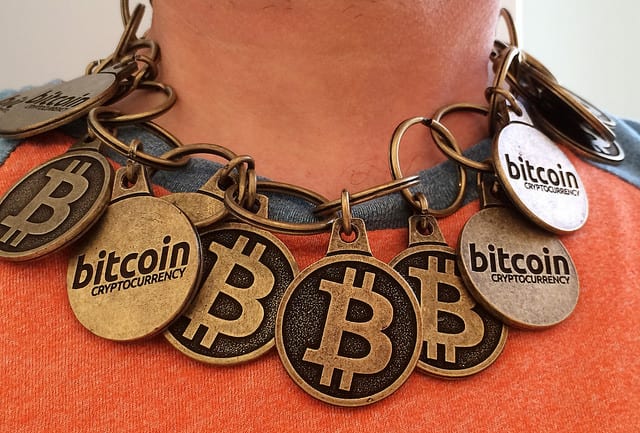 They may both be clichés that finance is a male-dominated macho world as demonstrated by The Wolf of Wall Street and that tech is equally rife with nerds who are predominantly men. But clichés have a habit of containing a grain of truth to them and this certainly seems to be the case with the Bitcoin revolution.

In a survey by Google Analytics into Bitcoin community engagement, it’s been found that it splits along gender lines; 94.73% are men with a paltry 5.27% women. This gender divide is also reflected in terms of who actually holds Bitcoin with research by the cryptocurrency wallet service Uphold finding that 75% of the holders are also men.

There are a few reasons that have been cited as to why male-dominance is so rife and the first is to do with the nature of the cryptocurrency’s origins. Bitcoin was first invented around a decade ago by developers including the notorious Satoshi Nakamoto. While little is known about this shadowy character (or characters) most people assume that no women were involved. After all, tech is a predominantly male world at the moment with just 16% of computer science graduates being female. However, there are no certainties on whether this character was a “he” or a “she”.

Following its invention, information about Bitcoin then started cascading down through mainly male-oriented channels including Reddit. Mt Gox, the first cryptocurrency exchange, even started out as a trading card platform for the definitely male fantasy game Magic: The Gathering.

The final reason, and one which relates to btc trading, is that the unproven nature of cryptocurrencies may be something of an amber light for women thinking of investing. While not wanting to perpetuate sexist stereotypes of gung-ho men and cautious women, there is definite evidence that the latter are more cautious investors. This certainly paid dividends in the first dot com explosion of the early 2000s. At the time, around 20% of institutional investors were women and many avoided the tech stocks so popular with their male counterparts. Although initially left behind in terms of returns, it was the women who prevailed in the longer term.

There are now some very encouraging signs that women are becoming altogether more engaged in Bitcoin too, so it could be that the boys’ club may have had its day. Obviously, this is good news not just in diversity terms but also in equality of opportunity in new financial technologies.

A number of female proselytisers and role models have started to emerge. For example, the campaigning pair of Rhian Lewis and Paige Freeman have been holding Women In Bitcoin events in London and San Francisco. More and more women are also starting to attain positions of power in cryptocurrency organisations and last year around 13% of all Initial Coin Offerings were from businesses with female co-founders. There have also been some high-profile female hirings including Blythe Masters who left JP Morgan to head up Digital Asset Holdings and Yale University’s Elizabeth Stark who left academia to set up Lightning Labs, a company whose aim is to speed up cryptocurrency transactions.

So, while it may have started as a largely men-only domain, the times certainly do seem to be changing in the cryptocurrency world. Whether this will lead to greater stability in the sometimes-volatile Bitcoin market remains to be seen. But the precedents of putting women in charge have generally had a very successful outcome.