Can You Have too many Contacts in your LinkedIn Network? 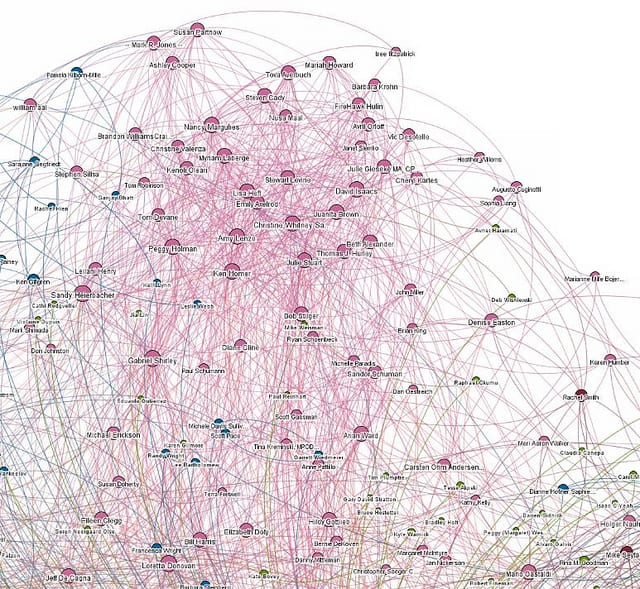 A lot of people use the LinkedIn network to get connected with as many people as possible, the reasoning being “the more business contacts, the better chances one of them will turn into a paying customer, give free referrals and so on”. You have probably seen many examples of this where some people have thousands or tens of thousands of business contacts on LinkedIn and other social networks.

How can that be? Do they know all of those people?

A friend of mine is a LION (Linked In Open Networker), which means he’s happy to accept invitations to connect with people he doesn’t know personally and what he told me is this: “The 95% of the open networkers connect just for the sake of connecting, they don’t even send an introductory note. For them, it’s just a game, the more points you score, the closer you are to winning.

The other 5% send you generic introductory emails trying to sell you something but you can easily deduce from the language used that they haven’t even looked at your profile.”

LinkedIn is trying to clamp down on this type of quasi-spamy behaviour, partly because of it being quasi-spam with all the bad implications for the overall quality of service, but partly because they’re in the business of making money from allowing strangers to connect with each other – their LinkedIn InMail feature is only available to paid members.

The situation is even worse on Twitter, where, in desperate pursuit of followers, some companies and people try to connect with everyone, in the hope they will reciprocate by following back and bolster their own number of followers and ultimately bolster their sales. Other companies even try to buy followers in bulk and there have been cases reported in the press where some companies have been caught red-handed. (Although reporting on that really requires clever detective work as Twitter doesn’t make data on this available.)

Most of you probably agree this type of “networking” adds no value whatsoever. By doing it, no one is really connecting with others and one can’t possibly expect any of those “contacts” to become paying customers or to generate more business.

So why do some people on LinkedIn and other networks go for this approach?

I can think of a few reasons. Let’s examine each one in turn:

Social media is not a numbers game, but the numbers can fool people who have no idea about the qualitative value of those numbers. Someone with hundreds or even thousands of contacts or followers can be perceived to be an influencer. They may therefore attract more followers, respect, credibility and the trust associated with that. That alone might attract a few sales perhaps.

We all hear that one great way to get more business is to start networking and that really means expanding your circle of friends and business contacts. But, as anyone who has ever tried networking knows, it is hard…

It is a long, time-consuming process and it doesn’t just happen overnight. Relationships don’t just spring up like mushrooms after heavy rain. They need nurturing, they need time and multiple mutually beneficial interactions and that means you have to give as well as receive. Networking is a long-term investment strategy.

Just like cold calls and spam, some people expect the unsolicited approach to connect with others to generate some sort of interest. It might lead to someone might looking at the profile, clicking on the link, liking what they see and perhaps even buying. In other words, lead generation.

Statistically, that can happen, but statistics work with big numbers and connecting/following one-to-one simply doesn’t scale to the volumes needed to make it worthwhile.

How much time do you really have to spend on it to justify the statistical results?

Some people just don’t care about the act of connecting; they see it as a game where one needs to collect as many points as possible in order to appear in the top league.

The social networks have taken explicit (don’t think it’s not explicit!) advantage of gamification to generate interest from their users and to keep them coming back for more.

In a nutshell, gamification is the introduction of game-like features into products that are not games. Some examples of that are: putting a number on everything (number of friends, connections, actions, posts, questions answered, points or tokens accumulated etc). And adding tables that show the most prolific users at the top.

If you care about the long-term prospects of your business, don’t waste time with these techniques that are simply intent on connecting with more people or adding more followers. You will be disappointed by the return on your investment. But, when you realise that, you may have invested a lot of precious time, time that could have been spent more efficiently on your business.

Moreover, your potential leads and actual customers are not stupid! They will figure out what you are doing and they will not be impressed.

So re-think your small business social media strategy today and make it real!

3 thoughts on “Can You Have too many Contacts in your LinkedIn Network?”