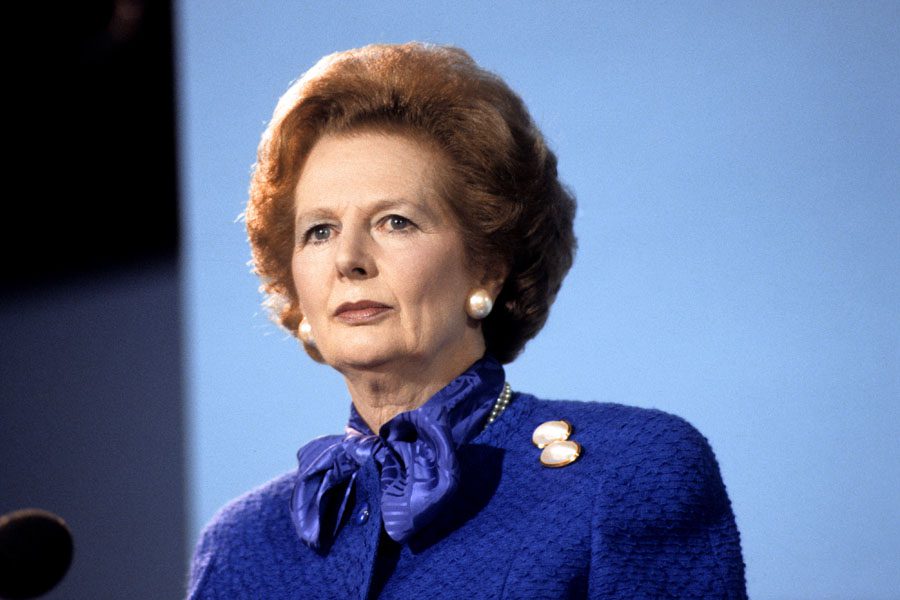 Has the dust settled yet? Probably not, but we can’t let the month pass without commenting on Margaret Thatcher’s legacy for women in business.

Love her or loath her – and most people seem fixed on one of those points – no one can say that Margaret Thatcher didn’t change the landscape. There’s no question things needed to change.

Those were treacherous political and economic times and indeed research has shown that women are over-represented in leadership positions when the chance of failure is high. It’s called the glass cliff: Margaret Thatcher was the ultimate glass cliff leader.

And she did fail on many issues. But she also showed the strength of leadership that the electorate wanted at that time. While she was avowedly not a feminist and did little to promote other women, she nevertheless demonstrated that women could be leaders. There is no question that Margaret Thatcher’s position as the UK’s first and only female Prime Minister was symbolically empowering for many women. In 1979, the gender wage gap was almost 40%: a man was seen as worth almost two women by most employers. And many really believed that women didn’t have the biological or psychological make-up for senior roles. A woman in the top job changed that.

While Margaret Thatcher’s economic policies are credited with accelerating the decline of manufacturing industry in the UK, almost uniquely among modern politicians she believed in and championed small business. A recent survey of 10,000 UK small businesses, by freelancer.co.uk, found that 89% believe that Thatcher’s personal experience of helping to run a small business made her a better advocate for them than David Cameron. In addition, 82% of small companies think that Thatcher would have forced the banks to lend to them.

Lord Sugar said that she “kick-started the entrepreneurial revolution in the 80’s that allowed chirpy chappies to succeed and not just the elite.” She launched over 100 initiatives to support small business in her first 4 years in government. And the start-up programmes introduced reached women in much higher numbers than any government scheme has since. Why? Three reasons: they were locally rooted, enabling rather than bureaucratic in spirit and they provided a decent level of financial and practical support. The best known of those schemes, the much-loved Enterprise Allowance Scheme, unleashed a generation of creative and entrepreneurial people, including the founders of Creation Records, SuperDry and artists like Tracy Emin and Rachel Whitehead.

The enterprise culture Thatcher kick-started has seen numbers of small business in the UK increase from 1.8 million in 1979 to 4.9 million today. Her enterprise policy legacy has endured through subsequent governments, though each has progressively whittled away the core principles of ‘enterprise for all’. As we report elsewhere, the Coalition Government’s New Enterprise Allowance is a very pale shadow of the original.

Thatcher’s broader legacy is contentious. Many would say her macho leadership style and unacknowledged privileges ultimately held women’s progress back. Margaret Thatcher’s legacy as a female leader may be largely symbolic, but it still provided a seminal source of inspiration for many ambitious women.

The enterprise and small business policy foundations that Thatcher put in place gave people from all backgrounds a real chance to have a go at starting a business. Many of those foundations, while shaky, are still in place; for women in business they may be her greatest legacy. The 1980’s also saw the establishment of a string of women’s business organisations across the UK: this great recession has seen most of them closed down. At a time when the  UK needs all of its entrepreneurial talents to drive recovery – and when women have been harder hit by redundancies and cuts – the current government urgently needs to revisit those ‘enterprise for all’ principles.

Here’s what women in business had to say on Twitter:

Reactions from Women in Business

Helena Morrisey is CEO of Newton Asset Management and founder of the 30% Club, a cross-business initiative aimed at achieving 30% women on UK corporate boards by 2015 through voluntary, business-led change.

Michelle Mone is the self-made founder and CEO of the Ultimo lingerie brand.

Claire Young, reached the final of  BBC1’s The Apprentice in 2008. Since then she has set-up  a number of initiatives to promote entrepreneurship and enterprise to the younger generation.

Deborah Leary is an inventor and CEO of Forensic Pathways. She’s also President of the British Association of Women Entrepreneurs.

Jo Verrent is an independent diversity trainer, consultant and project manager in the cultural sector.

You. What do you think? Add your thoughts to the comments below.

2 thoughts on “Margaret Thatcher’s Legacy for Women in Business”