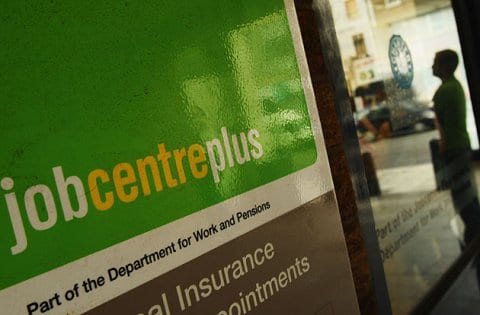 New Enterprise Allowance (NEA) is the Government scheme to help unemployed people start their own business. It aims to provide mentoring and financial support to smooth the transition from welfare to self-employment. Potentially it’s a great help for the record number of women currently losing jobs and starting businesses. In fact, just 17% of those benefiting from NEA are female.  [Update June 2013, since this article was first published in June 2012, the percentage of female participants has increased to 30% – but with more women than men becoming self-employed since 2008, that is still very low.] Last week in Parliament, Catherine McKinnell MP asked Equalities Minister Jo Swinson: “What are the Government going to do to ensure that that help [NEA] reaches women to help more female entrepreneurs come into the market?” As you can read here, Swinson did not directly answer the point.

So why are women missing out on this scheme? To benefit from NEA you need to overcome the many obstacles to accessing this scheme. Those obstacles are unfortunately stacked against women, despite the fact that women are five times as likely to start businesses from unemployment than men are.

The fundamental barrier is the pace of start-up required

You’ll need to have your business in a position to replace all your benefits in three to six months. Most women start up part-time and take longer to get established, so this rules many out before they can even start.

The next problem is finding clear information about the scheme

Official information available on-line is similarly sparse and sketchy. In fact, the best information we could find is an independent guide, put together by people who’ve been on the scheme. Below is their practical outline of how the scheme works.

How the New Enterprise Allowance works

•  The “Initial Stage” consists of a mentor being assigned to you who will help you with your Business Plan. During such time you will remain on Jobseekers Allowance (JSA).

•  The “Trading Stage” follows when and if the mentor approves your Business Plan. Likewise, if you are applying for a loan the mentor has to approve it (the Business Plan).

Make sure you are claiming the right benefit

[UPDATE: In October 2012 the Government announced that JSA claimants would have access to NEA from the first day of their claim, instead of having to wait for 6 months.] Women are much more likely to be claiming out of work benefits other than JSA. In some cases women are being advised to claim alternative benefits by officials, thus disqualifying them from NEA, as London-based Colette Rouhier’s experience illustrates:

My husband and I were both made redundant in 2010. He was made redundant 6 months before me. We went onto Job Seekers Allowance with the full intention of finding employment. To our misery, we discovered that our skills were so dated we were not very employable. Our age was also against us, 50+ in the media industry is perceived as too old. So I decided I would need to start out on my own.

Well into my 6 months unemployment, I got a call from the DSS saying that they would be running one claim for both myself and my husband. I didn’t think this would affect anything and it was put to me that the convenience of no longer attending the bi-weekly interviews would be a bonus and give me more time to focus on my start-up. I was preparing my website and print media for the launch of my business with the expectation that I would enjoy the support of the New Enterprise Allowance.

As September got underway, holidays over with and the child back at school I turned my attention to my start-up. It was then to my surprise that I discovered I was no longer eligible for the Enterprise Allowance scheme because I had not been claiming for 6 months. They explained that the records show that I was on my husband’s claim and so not directly claiming JSA, so not eligible. And that was that. I remember that day well. I left feeling utterly depressed. It was a real “the computer says no” moment.

As winter drew in, I eventually pulled myself together and as friends and family rallied I began to pick up bits of work and felt it was time to move on. So this April, I became Self Employed. I am still trying to get myself up and running and more’s the point, I am trying to find the confidence to charge people for my work. I have never benefited from the New Enterprise Allowance scheme and probably never will. I have had no support and everything I have today is due to my own efforts and the support of my family and friends.

Thanks to Colette for sharing her story.

[update: December 2014 – Chancellor announced that New Enterprise Allowance is being expanded to include dependent partners in a couple’s JSA or ESA claim].

New Enterprise Allowance – better than nothing

For many women, like Colette, NEA is better than nothing. But it is nowhere near as good as it should or could be. I should know. I started my first business as a young lone parent in 1989 with support from the original Enterprise Allowance Scheme. I didn’t need to claim JSA or its equivalent. The scheme provided support for a more realistic one year period. And you received a £40 weekly allowance, paid in addition to other benefits, a full refund of all travel expenses, plus full childcare costs. Not surprisingly the percentage of women benefiting from that scheme was 39%, compared to the NEA’s 17%. And those were the days when women were a much smaller percentage of the self-employed, unlike this recession where so far more women have become self-employed than men.

The original Enterprise Allowance was truly transformational, unleashing a new generation of enterprising people. In the midst of this even deeper recession, it’s the kind of inspired support that we now need more than ever.

Lobby for change. If you are having problems accessing or benefiting from the New Enterprise Allowance, write to your MP. Share your experience and point out that the New Enterprise Allowance is not fit for purpose, especially for women. Ask them what they are doing to ensure that there is effective support to enable unemployed women to get off benefits by starting a business. You can find details of your MP at Theyworkforyou.com

[UPDATE:  Lobbying works! In October 2012, the 6 month JSA qualification period was dropped. It’s a start.  In June 2013 questions were asked in the House of Commons about the low numbers of women accessing the scheme.

In December 2014 The Chancellor announced in the Autumn Statement that New Enterprise Allowance is being expanded to include dependent partners in a couple’s JSA or ESA claim. This addresses an anomaly that has seen many women, including Collete, excluded from the NEA scheme. ]

33 thoughts on “New Enterprise Allowance: Not Working for Women”