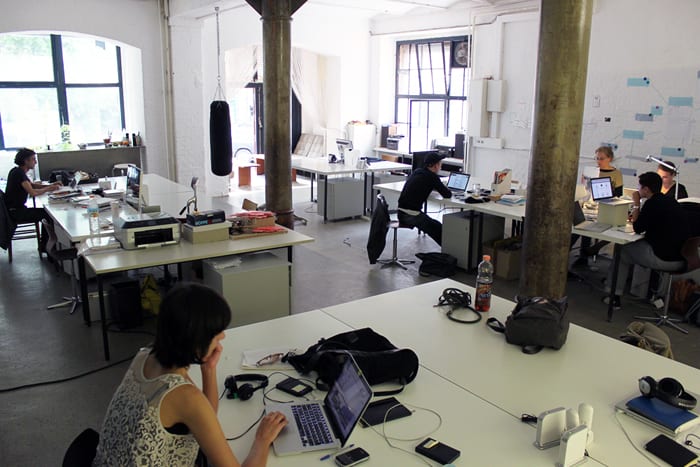 With an increase in membership, more and more spaces are tailoring their facilities to fit certain needs. The Wing, recently opened in New York, is thought to be the first women-only coworking space. Is this a trend that could catch on in London?

Why New York is launching a female-only coworking space

The Wing, which opened in late 2016, claims to be born out of the belief that women need and deserve a multi-purpose space designed to make their lives easier. They may well be right – the Wing reportedly received 1,300 applications on its opening day.

Unsurprisingly, the huge demand for female only workspaces have led to other similar projects in St Louis and Toronto. Stacy Taubman, founder of the Rise Collaborative, believes that women are craving community, connection, and confidence, and these coworking new female-only workspaces fulfill answer that need.

But why does this have to be done without men? Of course, most coworking spaces aren’t gender specific, and they still offer the chance to join a professional community. However, many women workers do suffer sexual harassment and gender discrimination at work. A 2016 survey found that in the UK half of women are harassed at work. This begs the question, where can women work in London with confidence and community?

What London coworking spaces are aimed towards women?

Interestingly, London does already have a female-friendly coworking space, beating New York to the punch by 7 years. B.Hive, who also have a space in Manchester, offer business lounges that have been designed specifically to enable women to meet, grow and do business in a stylish and feminine environment.

The difference between B.Hive and the Wing is that men are welcome at B.Hive, despite the fact it is primarily aimed at women.

However, coworking spaces themselves, even those that aren’t specifically aimed at women, may provide a safer and happier business environment than traditional offices. It’s not just about a sense of community that is attracting people, regardless of gender, to coworking. It can also save on the cost of a permanent office whilst simultaneously allowing you to be far more flexible. London-based i2 Office rent out desks in their serviced offices for as little as half a day at a time.

Perhaps coworking in general, not just female-only co-working spaces, is what’s really attractive to female entrepreneurs and business leaders. It’s worth noting that the percentage of ‘coworkers’ that are female has risen. 38% of co-workers globally are now women, compared to 32% in 2010.

Could there be male-only coworking spaces in the pipeline?

The Brisbane-based operation, Nomadic Thinkers, was promoted to the media as “a space to help men be men”. Nomadic Thinkers were widely criticised, receiving a great deal of criticism and even this hilarious satirical video.

The fact is, men aren’t as likely to suffer harassment in the workplace, and male-only spaces do seem to be an ill-thought out idea that pays no attention to the past, and continuing, struggle of women for workplace equality.

It is worth remembering that although the number of women in coworking spaces is increasing, men still make up the majority. However, with the wide range of London coworking spaces that are becoming increasingly available, hopefully that will change as coworking becomes more and more popular.