Prowess Speaks Out for Women’s Business on BBC Newsnight 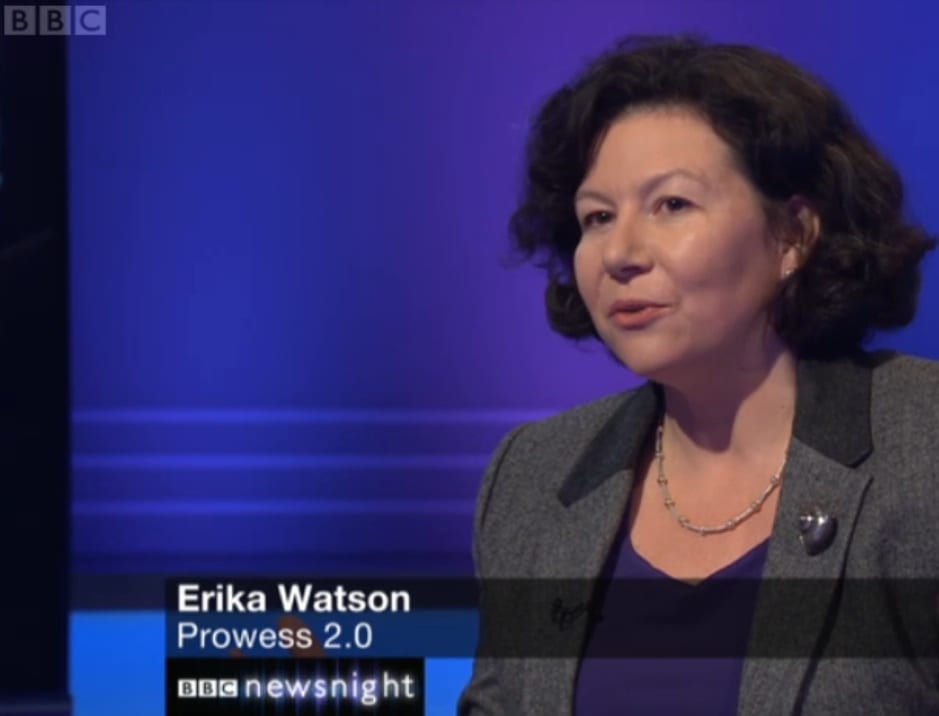 What the BBC failed to mention was that most of those new self-employed are women (53%). In fact, 80% of those who became self-employed between 2008 and 2011 are women. Not a single new business owner interviewed by the Newsnight report team was a woman.

Erika calls it a “silent revolution”. One of the reasons why it is silent is because the media and government have ignored the story and its implications. Erika debated on BBC Newsnight with Fraser Nelson, editor of The Spectator, who thinks the changes are a normal reaction to recession and part of a longer term change in the way the British work.

But the scale of this change is not something we have seen before – and particularly the impact on women. The government has made a lot of noise about the new jobs it has created. As Erika pointed out on Newsnight, 84% of the new jobs created by the private sector are provided by the self-employed.

“This is a cause for celebration if you have the infrastructure in place to really support people to make the best of this opportunity,” said Erika. It is a massive labour market shift. And with it there is a huge transfer of risk from large companies and the state to individuals. “What support are these people getting to ensure they are the employers and the success stories of the future?” Erika asked.

It’s not just the banks that are being supported back to health during this downturn. The Regional Growth Fund has provided many big companies with £33,000 for each new job they create, according to the National Audit Office. By contrast, the budget for each new self-employed business was reported to be £400 – and that was before recent reforms shifting business support delivery for the unemployed over to volunteer mentors.

“We know that women really appreciate, value, and benefit from skills support when they make this kind of transition,” said Erika. “In previous recessions the government had a skills strategy. Now, it is laissez fair: people are left to get on with it alone. It is not good enough.”

The BBC Newsnight discussion on self-employment is available on iplayer until 13 February. The discussion starts 31 minutes into the programme.