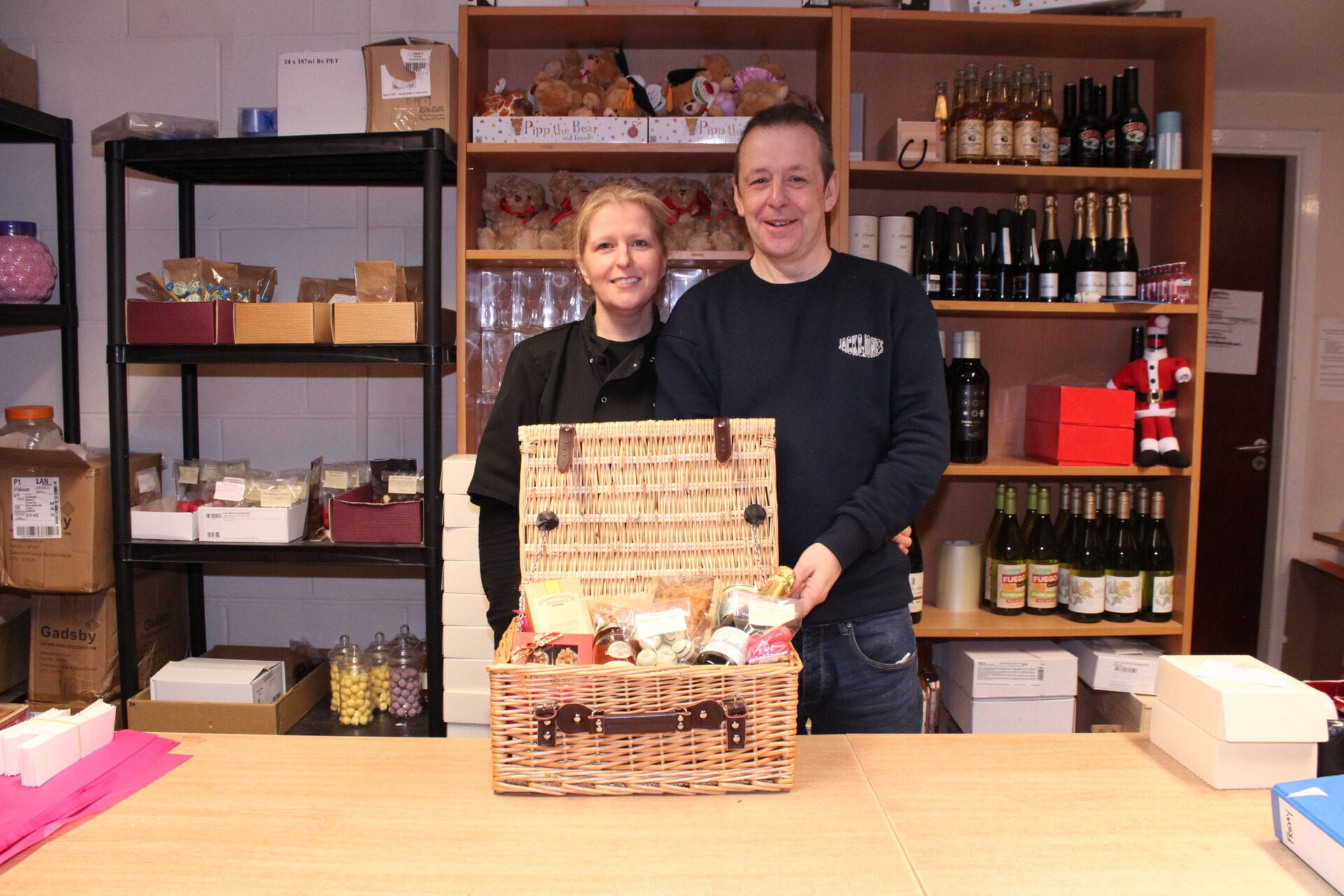 Bradfords Bakers, founded in 1924, faced collapse after 2008’s banking crisis. In the latter half of the 20th century, the bakery traded from multiple locations in and around Glasgow. Its Sauchiehall Street location in Glasgow’s City Centre was, for a time, the largest retail bakery in the whole of the UK. Despite the success that the second and third generations of the Bradford family had built, the recession proved to be too much for the company. In 2012, their bakeries started to permanently close their doors.

Claire, the fourth generation Bradford who now manages the business today with her husband James McGoldrick, showed that her family business was a resilient one. In 2006, she and James had introduced the company’s online branch that allowed customers from all over the UK and beyond to buy their baked treats and gifts. When stores began to close, the online branch proved to be Bradfords Bakers’ saving grace as Claire and James were able to redefine their entire business as an e-commerce company.

This massive shift in how the business operates led to Bradfords Bakers evolving from a bakery to a gift company, and now it is recognised for its wide variety of hampers. In 2014, Claire and James decided to shine a spotlight on their other offerings and founded two new companies: Send Them Balloons and Send Them Cupcakes. They wanted to convey a simple message to new customers: that they deliver balloons and cupcakes!

Now, all three businesses are flourishing. In 2024, Bradfords Bakers will be 100 years old – over the century, the business has survived financial ruin, devastating fires, the teething problems that have come hand in hand with Brexit, and now a global pandemic. Their businesses are small, and employ just 12 staff members, 11 of which are women. Together, the small team readies hundreds of gifts for delivery nationwide for all kinds of occasions. Here, Claire shares how she and her businesses have proven resilient, time and time again.

Tell us about you

My name is Claire McGoldrick, and I am the fourth-generation family member to run our business. I grew up with my family business and learned baking and confectionery from a young age from my brother, and my father who managed the bakery in its third generation. I never formally studied bakery or confectionery; everything I know has been learned from my father who was a craft baker and confectioner.

I made my official entrance into the company in my late teens as an office manager and became a director when I was 21 in 1992. James owned an IT company that managed the IT side of our business, which is how I met him. We were married in 2002, and he joined the company the following year. He put focus on technical innovation: together we founded the online branch and created the Bakery ATM, which was essentially a vending machine that vended fresh cupcakes. It was situated in Glasgow’s St Enoch Centre.

Together, we kept the business afloat after we had to close our stores and went on to found Send Them Cupcakes and Send Them Balloons. We live in Scotland still, and have a son and a daughter.

Why did you start your business?

In the cases of Send Them Balloons and Send Them Cupcakes: we wanted to tell the world that we offered more than hampers. We wanted to reach new customers, and since we already had the e-commerce systems for Bradfords Bakers, we found it so easy to create these two new companies. It made fantastic business sense.

Since we already baked cupcakes as a part of Bradfords Bakers, Send Them Cupcakes couldn’t have been simpler to create, and we launched that company in June 2014. For Send Them Balloons, we just had to obtain balloons and the means to inflate and box them for safe delivery to customers. Both cupcakes and balloons are niche markets, so they were easy to enter into, and seven years on, we still don’t really face any major competitors.

Send Them Balloons also has an edge thanks to its sister companies, in that we send free gifts with our balloons when customers order over a certain amount of them. These gifts can take the forms of vanilla cupcakes, personalised chocolate bars, small chocolate fudge cakes, and doughnuts, depending on what the customer orders. Again, we already have the bakery attached, so this is very easy for us to offer, and it sets us apart from the competition.

In the case of Bradfords Bakers – the business was 88 years old in 2012 when we had to begin the process of closing our stores. My father had given so much to manage it, as had my grandfather, and my great-grandfather. I wanted to continue to honour the hard work they had put into the business over the decades, and to do that we had to keep fighting and adapting to bring the business forward into a form it could survive in. It was difficult, and a massive change for us, but I’m happy we did it. Now, Bradfords Bakers and its sister companies are flourishing.

What are your values?

Agility and resilience. These have been and are our redeeming assets as we face adversity. After the banking crisis wiped out our stores, we showed resilience in refusing defeat; we showed agility as we completely altered our business model to solely online trading.

We continue to practice agility and resilience as we face the adversity that small businesses everywhere face: Brexit has impacted our access to goods like the packaging we use to securely deliver our gifts to customers. We adapted to this problem by buying in these items from local UK suppliers, but this proved to be a costly short-term solution which wasn’t ideal.

What are the toughest challenges?

Through my tenure as a director with Bradfords Bakers, we have seen so many challenges, and I’m happy to say we’ve overcome all of them.

In December of 2001 we were devastated by a fire at one of our branches which destroyed the offices and 60% of the building. Rebuilding was difficult as we’d lost a lot of equipment that produced traditional items, so these offerings were unavailable for a time. We felt stopped in our tracks as this fire adversely affected us just weeks before Christmas.

Of course, the recession was beyond challenging to us – it propelled us into administration. The recovery process was slow; when we stabilised we fixed focus on taking care of our customers and developing the business.

I already mentioned Brexit being a challenge for us in that it has restricted our access to packaging. The pandemic has challenged us too, but we rose up and took advantage. We’ve been receiving far more orders than what we’re used to because services like ours are high in demand during lockdowns. It’s actually allowed us to double our staff from six to 12, and we are more than happy to give employment to more people since the pandemic has caused job insecurity.

Your best piece of advice?

Be stubborn. When you get into business, you’re going to feel a lot of pushback and sometimes, no matter how good your idea is or how sound your business model is, you’ll probably experience failure to some degree. That doesn’t mean you or your business are failures. So, be stubborn and push yourself back up when you’re knocked down. Adapt, survive, keep going.