In the Sea of Competition … Are You a Supertanker or a Sailing Boat? 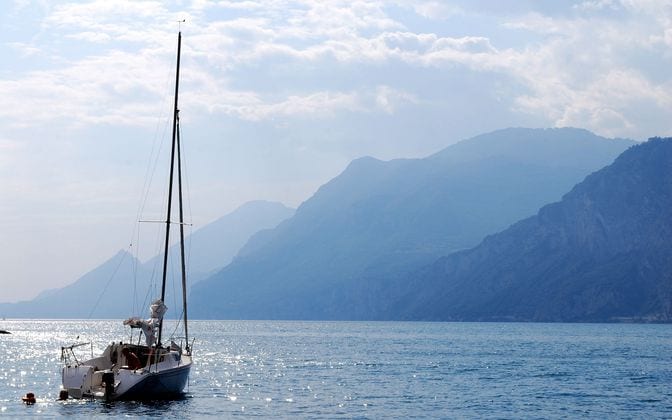 Who are our competitors, really? Whatever you choose to do, the fact is, you will always have competitors. How do you know who is most likely to compete with you? And what happens on the open waters …?

It’s been said that there’s no such thing as an original idea. Unless you invent something new, most businesses are an innovation of another idea or something existing but with your own take on it. Whatever you choose to do, that fact is, you will always have competitors.

When I hear people say they have no competitors, it sets off alarm bells. It usually means that they either aren’t looking hard enough or in the right places or their idea simply isn’t viable, otherwise someone else would be doing it, or something like it, already.

But who are our competitors, really? It’s mind boggling when you start to scratch below the surface and do some quality competitor analysis to find there are potentially so many of them.

When researching them, I would recommend that you take a general overview of the marketplace, then really drill down on 3 or 4 key competitors, people most like you or most likely to have an impact on you. Then compare and contrast them to differentiate yourself.

How do you know who is most likely to compete with you?

Consider this analogy: businesses are like boats on the open water; big businesses, your corporate leviathans, are like supertankers.

They are huge, lumbering, immovable things that dominate the horizon. They take a mile to change direction. They can traverse vast distances and damage any smaller boats in their wake. They have thousands of crew, most of whom don’t know each other let alone talk to each other and are only there for the money. The ship is big enough to accommodate passengers who are just along for the ride and don’t really care where the ship is going as long as they get their food and board paid for.

A supertanker swallows up resources and bullies the little boats out of the way. They get the biggest mooring in the dock but they pay handsomely for it. Repairs and maintenance can be eye-wateringly expensive.

They can only operate in deeper waters and will run aground if they try to access smaller habours. But if a storm breaks, they can weather it well with only minor damage.

Then you have your small sailing boats: your sole traders and small businesses.

They are nimble and can switch direction quickly. They can get into the narrow channels and small harbours that the bigger boats can’t even get close to.

They have a small crew, all of whom know each other. They are cheaper to run and use fewer resources. Regular maintenance is relatively inexpensive but if you don’t do it, the whole boat is at risk.

Their environmental impact is far less and seeing a string of beautiful and lovingly tendered sailing boats along a river is a much nicer sight than a big, ugly hunk of soulless steel.

However, they often occupy crowded waters and the only way they can all get along is to allow each other room and to be courteous.

If the crew bicker among themselves about the direction in which they should be sailing, they will get nowhere and it will be an unpleasant experience for all involved. There’s no space for passengers on a sail boat, and everyone must pull their weight to get the thing going.

One large wave or a storm can capsize them or, at the very least, cause massive damage and possibly casualties. If they get too close to the supertanker they’ll probably get destroyed and the crew of the supertanker won’t even know it.

Ignore the supertankers at your peril and, better still, don’t even venture into their waters. Stay in safer waters and where possible avoid the overcrowded harbours. If you do want to join the party in the crowded harbours, don’t try to bully your way in; you won’t be made to feel welcome. Instead, be friendly and contribute and they will make space for you. Better still, find a new harbour and invite more people to join in. People need a reason to visit a harbour and you need to tell them you are there so that they can find you.

So which are you? Are you a supertanker or a sailing boat?

You can’t compete on the same terms as the big boys so why even try. Instead, focus on the ones that are most like you, but remember, your competitors don’t have to be your enemies. There are plenty of waterways, you just need to work out how to navigate them.