Standing Up To Small Business Sexism 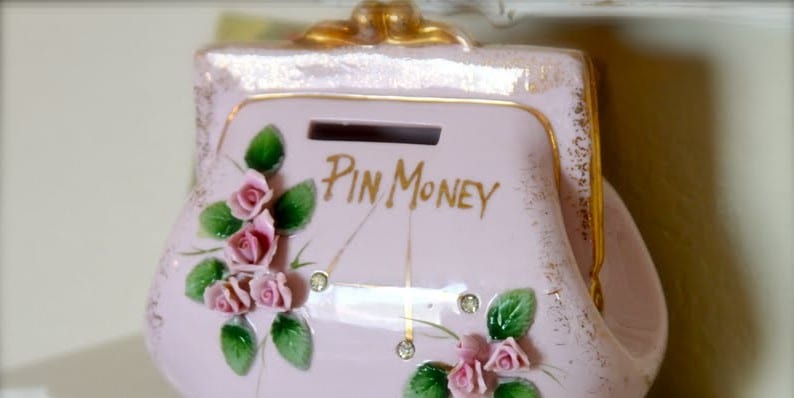 Small business sexism is alive and well. It’s rife on reality TV shows and underpins a lot of policy making. But it is rarely quite as glaring as the message that appeared, this week, on the homepage of a leading small business directory website:

“This is a serious website for serious men with serious businesses. If you are just a little housewife running a little business from home earning some pin money whilst your man is out earning a living – please don’t register your business here.”

It was signed by “Terry” (Simmonds), the website owner. I’m not sure if Terry is desperate or naieve. But he is, clearly, a blatant sexist.

The response from social media was pretty big and Terry no doubt got a lot of traffic to his website, which may have been his intention. Mumsnetters took it upon themselves to flood his site with spoof businesses. There was indignation, anger, hurt and lots of jokes about Terry.

My first reaction was to ignore it. It’s classic Trolling and I try not to feed them. But there’s been a shift. Thanks to women like Caroline Criado-Perez women are not putting up with this kind of thing anymore. Why should we? Imagine if Terry had used race or disability instead of gender? It is completely unacceptable. It needs to be just as big a deal to be abusive about women.

As Tina Boden, co-founder of micro-business network Enterprise Rockers blogged: “Sexism in the work place is a big issue but sexism when you run your own micro business single-handedly can be even more demoralising.”

This blatant small business sexism is easy to condemn. But the same kind of thinking essentially underpins much government small business policy making. Investment and support has increasingly focused on male-dominated sectors, such as transport and construction, with no plan to increase women’s employment there. What about the social infrastructure and care economy, where women’s businesses dominate and which is also essential oil for economic equality? That engine is being drained.

This recession has seen one historic first for women: more women than men became self-employed. But at the same time support for female-dominated business sectors shrank. Community-based support was closed down. Award-winning services for women in business, WEETU and the Women’s Business Development Agency, which opened during the depth of Thatcher’s 1980s recession, closed their doors during Cameron’s. Welfare to Work initiatives, like New Enterprise Allowance, have been stacked against women and the introduction of Universal Credit for the Self-employed will hit women harder too.

The new female self-employed majority have a range of motivations for starting a business. Some need to help keep their families afloat until the economy picks up. Many feel they have no alternative. Others are seizing an opportunity and want to grow and become future employers. All of those motivations are worthwhile and valid. All could do better in an environment where they are supported and valued.

Blatant sexist attacks like Terry’s, and the other more subtle undermining from reality TV stereotypes and gender-blind business policy doesn’t help. Even this from a report on the increase in self-employment in the Guardian this week: “It would be nice to think there are thousands more plumbers and electricians helping the economy zip along at a faster pace, but that’s not the case.” The sentiment was well-meaning, but no less clear than Terry’s in the message it gives about what a ‘serious’ small business looks like.

Women in business generally don’t have the time or energy to take on sexism; they are too busy trying to make a living. What they want, value, but struggle to afford in the early days is training. Entrepreneurship training triples people’s confidence about their business abilities, according to the Global Entrepreneurship Monitor. For women the effect is magnified.

And it’s not just women who are affected by gender-blind small business policy. Despite the massive increase in self-employment, total tax revenues from the self-employed have crashed – £2.7 billion in just one year according to HMRC figures – while the tax take from employees is still rising, slowly but surely. The cost of living squeeze has been much worse for the self-employed.

If you are a woman in business don’t let anyone tell you that you aren’t a risk taker. As it is, risk in the UK economy is shifting from the State and big business to individuals. The new female self-employed majority are taking the strain. We will all benefit – in tax-revenues, innovations and enterprise-led employment – when we have a culture and a policy environment that really sees the value of women in business.

5 thoughts on “Standing Up To Small Business Sexism”