Textile industry witnesses a boom again with a resurgence in growth 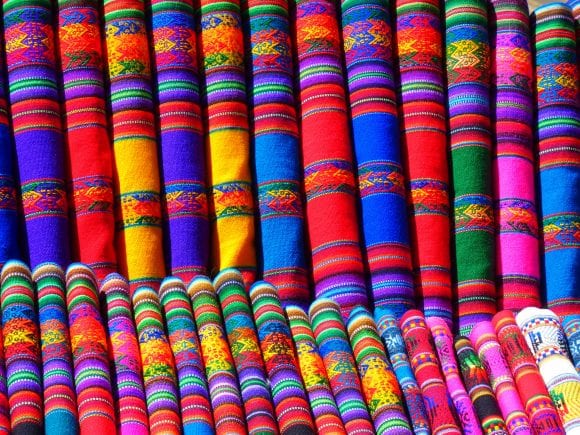 Evidently, the clothing that we are buying is becoming less cosmopolitan and more and more… well, British. This observation is based on the fact that, in recent years, the UK textile industry has been growing surprisingly quickly. A report published by The Alliance Project and cited by New Economy claims that this industry is now worth £9 billion to the national economy. So, what are the various factors that have sparked this renaissance – and how can we expect it to shape up in the future?

The not-for-profit organisation The Alliance Project was formed to analyse how much the UK could benefit from repatriating textiles manufacturing. Its aforementioned report, titled The Alliance Report: ‘Repatriation of UK Textiles Manufacture’, claims that the industry has been undergoing year-on-year growth both domestically and in exports. Last year saw the creation of 5,000 new jobs in textile manufacturing, as revealed by government figures.

The Alliance Report highlighted a number of vital points – including that ‘micro-companies’, not prime manufacturers or OEMs (Original Equipment Manufacturers), are delivering post-recession growth. It has become less attractive for British businesses to source textiles from abroad as customers have demanded shorter lead times and more UK-produced home goods. Also driving the increasing appeal of national textile providers has been rising costs from foreign countries. Traditional forms of manufacturing have particularly thrived in high unemployment areas.

Instrumental in fuelling the textile sector’s booming health has been the National N Brown Textiles Growth Programme. The UK’s first textile grant growth scheme, it recently announced that, during its initial year of operation, 115 apprenticeship positions and 1,600 jobs were made in England. The programme, formed in 2013 to encourage investment in Britain’s textile supply chain, has granted £9 million to 94 companies and so helped to unlock a further £30m in private sector investment.

We shouldn’t expect the sector’s growth to start faltering soon. The Alliance Report has claimed that an additional 15,000 UK jobs could be added to this sector by 2020; that would result in an overall tally of 20,000 new jobs since 2013. The report also noted that various traditional parts of the industry, including knitting, weaving and yarn-spinning, still have significant capacities.

A spotlight on Greater Manchester

Carol Kane, the Manchester-located Boohoo.com’s CEO, stated: “At Boohoo we are proud to source over 50% of our products from the UK.” She explained the rationale behind this practice: “We are a fast-fashion business with a focus on speed to market, so being able to manufacture our products in the UK allows us to lead the way in offering the very best trends and styles.” Lorna Fitzsimmons, director of the Manchester-based Textiles Growth Programme, called the recently flourishing health of the country’s textile industry “a success story no-one saw coming.”

It’s undoubtedly an exciting time for enthusiasts of textiles and fashion – particularly those interested in taking up work in Manchester, a vibrant and cosmopolitan hub in the North West.

While we have already touched upon some of those reasons, it is worth considering why UK fabrics have regained popularity with both businesses and people who buy from them. Stylist and designer Ellie Lines, who makes clothes at a west London production facility, chose this location because she wanted “to reduce the carbon footprint of fashion”, as she told The Guardian.

She also described this move as “a reaction to the endless brands that launch with their name and ‘London’ on the label, but who manufacture in China, and that drives me insane.” As labels like this gave the misleading impression that the clothing was actually made in the capital, Lines adopted the stance of “designed and made with love in London” for her own products.

It certainly can’t have hurt that major influencers have started wearing genuinely London-made clothing. Taylor Swift and Pippa Middleton are just two of the stars to have worn clothing from Beautiful Soul, a womenswear label from Nicola Woods. The company makes its products in and near London – and Woods has expressed her intent to open her “own manufacturing unit in England and develop international wholesale distribution”. Why should British be just for the British?

However, while there’s hardly a shortage of women who would regularly take style tips from Taylor Swift, only so much of the UK textile industry’s growth can be attributed to the Shake It Off singer and her ilk. Other factors include the weak pound, which has obviously made domestic sourcing more financially appealing, and the difficulty of international luxury goods houses in discerning what the high-spending customers they are targeting favour. Perhaps, the more the overall trend continues, the more that the best of British clothing will get valuable exposure to a broad market.