The Confidence Gap: Why do so many of us feel like imposters at work? 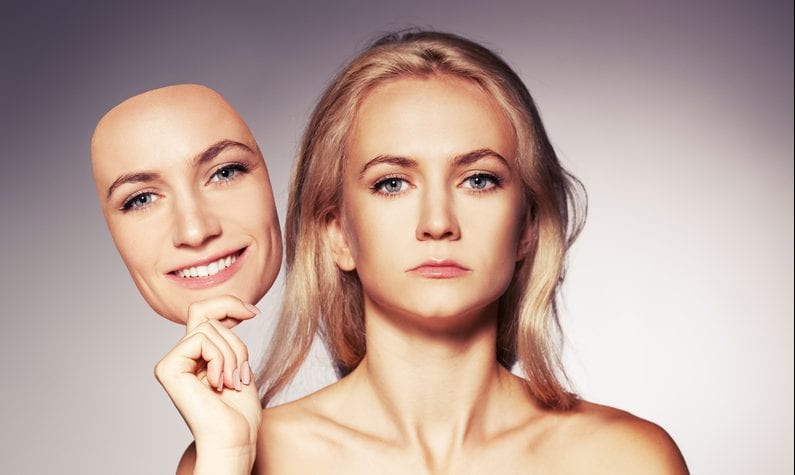 Imposter syndrome – the feeling that you don’t deserve the position that you’ve achieved and it’s only a matter of time before the whole world realises it – is believed to affect more women than men. But is that really true, and if it is, why do so many women in the workplace feel like they don’t deserve to be there?

What exactly is imposter syndrome?

Imposter syndrome is the feeling that you don’t deserve the position you’ve achieved; be it creatively, professionally or academically. But more often than not, it’s just in your head.

The American Psychological Association says that imposter syndrome is not uncommon, and that it “occurs among high achievers who are unable to internalise and accept their success. They often attribute their accomplishments to luck rather than to ability, and fear that others will eventually unmask them as a fraud.” In fact, researchers found years ago that “70% of people from all walks of life—men and women—have felt like imposters for at least some part of their careers.” And imposter syndrome continues to endure.

It’s been a long-standing belief that there are more women than men who feel the effects of imposter syndrome. This probably stems largely from the fact that psychologists originally thought that imposter syndrome only affected women.

The Huffington post has suggested that imposter syndrome among women is rooted in competence bias, and that, through the treatment of Hillary Clinton and Melissa Harris-Perry, we clearly see that being more confident can often result in criticism and judgement – especially when you’re trying to be a leader in a male-dominated field. “It’s easy to see how imposter syndrome is a rational response to competence bias,” they argue. “Why would you think you’re competent, if nobody else does?”

But men feel imposter syndrome too. After all, your gender does not as a rule make you exempt from insecurity. However the problem is that the cliche is not too hard to believe, what with the fact that “male executives who speak more often than their peers are deemed more competent (by 10%), while female executives who speak up are considered less (14% less).” And the fact that “Women make up only 17% board directors of FTSE 100 companies.” AND the fact that “1 in 3 women has been sexually harassed at work.”

Everywhere we look there are women dealing with gender bias in the workplace, so is it any wonder that so many of us feel like imposters? How are we supposed to demand the pay and prestige we deserve in the workplace if we’re being made to feel like we don’t belong there from the word ‘go’?

But is imposter syndrome really just a woman’s issue?

It could be that men are just “more practised at covering up insecurities as there is still a strong culture for men to ‘big up’ their achievements”. There is a lot of societal pressure for them to just bottle up all their negative emotions so that they’re always outwardly perceived as ‘strong’.

So labelling imposter syndrome as just a “woman’s issue” could do more harm than good. In many ways it just strengthens the stereotype that women are all emotionally vulnerable and men are all just cocksure mansplainers who strut around like they think they’re Don Draper, calling everybody with a vagina either ‘sweetheart’ or ‘babe’ and never feeling any sort of emotional vulnerability whatsoever.

How to deal with imposter syndrome

Whether or not you think it’s more of a problem for women than it is for men, it’s still worth knowing how to deal with imposter syndrome. A certain level of insecurity can be beneficial to your work ethic; pushing you to work harder and prove to yourself and to the world that goddammit yes, you deserve to be here. But too much can cause you limit yourself because you’ve underestimated your ability.

Keep track of your achievements and keep your goals high. Make a list of all the positive feedback you get and pull it out any time you need a reminder of how awesome you are. Don’t accept anything less than what you deserve, even if you don’t feel like you deserve it all the time. Don’t be afraid to just fake it till you make it because, what with the amount of people who feel the effects of imposter syndrome being so high, it looks like pretty much everyone else is doing the same. And remember – nobody but nobody is perfect.