UK taxes Vs. US Tax 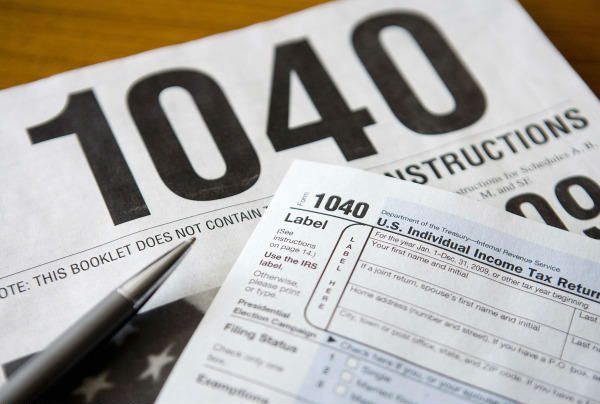 There are approximately 200,000 American expats living in the United Kingdom (UK). And while US citizenship is valuable, every US citizen living abroad is subject to potential expat tax, in addition to the tax you have to pay in the country where you live. All but the lowest paid US expats will be required to submit a US tax return.

The UK is the first choice of very many Americans as the host country. A major part of the appeal is obviously the shared language. There is also a familiar culture and perhaps the temperate climate (or maybe not!) For those who run their own business, there is a very start-up-friendly bureaucratic environment, modern banking facilities, and a skilled workforce. In addition, there is the benefit of free healthcare and other state services.

The UK tax system is similar to the US PAYE system in that, for employees, you pay as you earn. The income tax is levied on salary, wages, dividends, and investments. The tax rates are progressive; as the income increases, the tax rate also increases.

Each individual is obliged to file their taxes on their own earned income. Similarly, married couples cannot levy a joint tax. They can both get the option of a marriage allowance in both countries. But the transfer allowance amount is different.

In the UK the marriage allowance allows you to transfer the amount of £1,260 to your partner. If a partner does not earn enough to pay the tax in the United States, the partner can transmit up to 10% of the personal allowance.

For working in the UK don’t forget to file for a national insurance number and provide proof of your marriage and residence permit. HMRC is also in charge of issuing tax return forms to expats. If HMRC evaluates that you have paid enough tax for your payroll withholding, they will not send you. In the UK, you will file the form SA100, equivalent to the US Form 1040.

Do I need to file a UK tax return?

HMRC defines a resident based on an intention to live in the UK for the long-term and the number of days you are physically present. The day is counted based on the presence in the U.K at midnight:

Salaries, including bonus and holiday pay, retirement plan, profit from self-employment if more than £1,000 before meeting expenses, and job perks such as medical and redundancy payments over £30,000 are all taxable income in the United Kingdom. Compensation for loss of employment, adoption allowances, life assurance policies, educational scholarships or grants, maintenance payments following separation or divorce, foreign social security benefits, disability, and wounds pensions, betting winnings from football pools and lottery, and disability pensions of members of the armed forces are all examples of non-taxable income.

Below is the tax band for the UK if you have a standard personal allowance of £12,570:

According to the United Kingdom government, you can deduct up to £12,500 of your income as a personal allowance.

While the tax band in the United States ranges from 10% to 37% depending on your state:

There are two sorts of property tax in the U.K. First is council tax which is charged by the municipalities regarding the value of the property in the UK territory.

The property tax in the US is known as the millage rate, which is handled at the state level. The average home property rate is 1.1%, but if it is New Jersey, it will be pretty high.

In the UK, Vat ranges from 0% to 20%. This is a tax that is applied to the sale of goods and services and collected by the business on behalf of the government. All businesses must pay VAT on business income of £85,000 and above. Most children’s clothes and food items are tax-free. In the U.S. there is no VAT, though some states collect sales taxes ranging from 1% to 5%.

If you are eligible for United Kingdom residency, you must file tax on all of your worldwide earnings. If you earn money from selling the property, you must pay 18% as the basic taxpayer. It can increase by up to 28%, depending on the gain. In the US, capital gain tax (CGT) for earning $40,400 or less is zero. If the capital gain is $445,851 or more, the tax will be 28%.

There are various additional tax requirements in the UK for Americans to discourage tax evasion. The Foreign Bank Account Report (FBAR) is also called the FinCEN Form 114. You must file the FBAR if the total foreign amount in all the foreign banks is more than USD 10,000. The FBAR is reported to the Treasury Department’s Financial Crimes Enforcement Network instead of the IRS. You must also file FATCA Form 8938 to report your foreign assets. If foreign assets exceed USD 200,000 at the end of the year or USD 300,000 at any point during the year, a US citizen living in the UK must file.

Do not expect the tax to be the same as in the United States; different forms of taxation apply to foreign nationals working or staying in the United Kingdom. To enjoy tax savings, you must first understand the UK taxation rules and apply all exclusions, credits, and deductions. Filling out the expat tax in UK is not as difficult as climbing a mountain, you can use the HMRC online return form, but we strongly recommend consulting an expert to ensure hassle-free and error-free tax filing. If you have any questions, contact an expat tax advisor. It will be a wise decision.