Universal Credit for the Self-Employed: unworkable, unfair and short-sighted 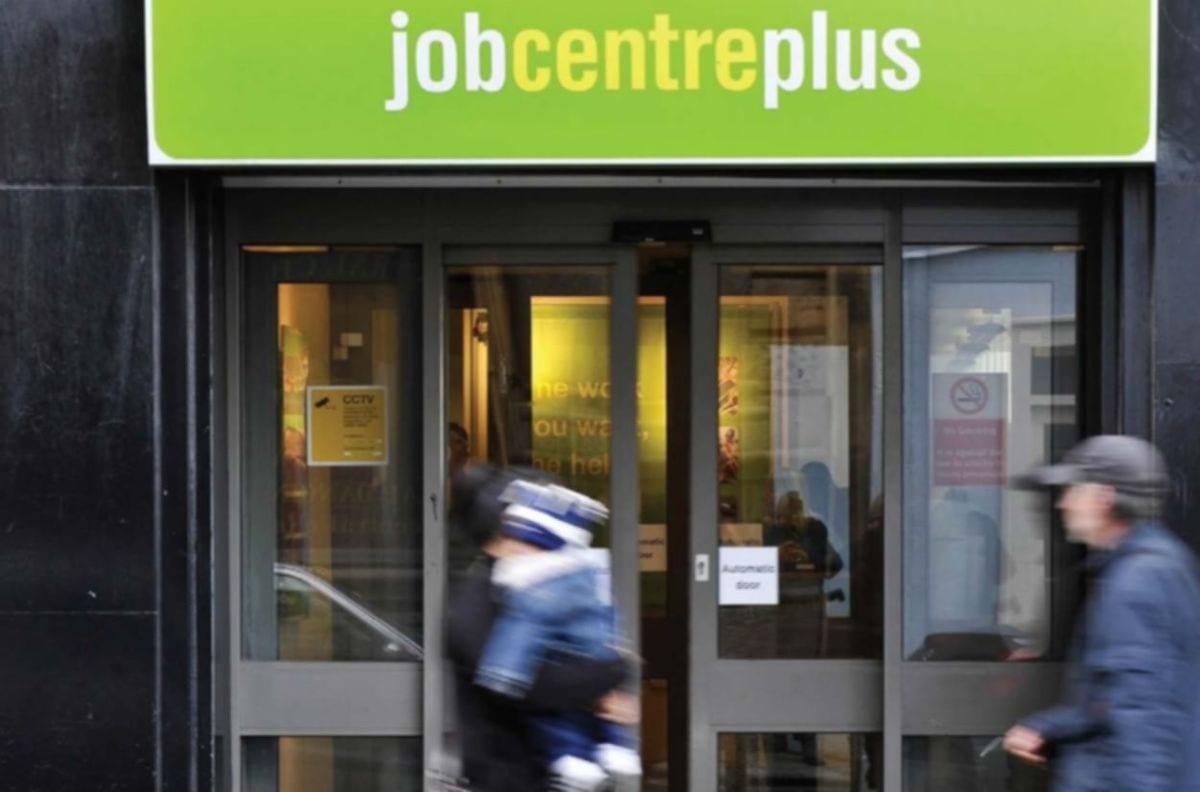 Universal Credit is set to hit the self-employed severely. This article outlines what to expect and what you can do.

Self-employed incomes in the UK have crashed since the downturn started. The squeeze on living standards has hit the self-employed hardest, according to government figures. Yet the self-employed have also provided most of the new jobs and their flexibility has helped to buffer the UK economy from the worst effects of the economic storm.

You would think government would have an interest in sustaining or even strengthening this economic shock absorber. The plans for Universal Credit for the Self Employed (UCSE) suggest otherwise. One in five of the self-employed – almost 1 million people – currently rely on Tax Credits to supplement their self-employed earnings. That system is set to be shaken-up dramatically with the introduction of UCSE. The rigidities of UCSE  look set to strip the buffer down to a very thin line. The implications are a concern for the self-employed, new start-ups and for the wider economy.

If you think it’s likely you may need to rely on UCSE at some stage, what should you be prepared for? Despite the far reaching implications, no information has yet been sent to any of the businesses concerned. We’ve done some homework for you and prepared the following briefing:

When is UCSE due to be introduced?

Initially it was scheduled to be introduced in October 2013. However there have been high-profile delays to the implementation of the mainstream Universal Credit scheme and the latest official word from DWP is: “Universal Credit is being introduced gradually, so you may need to claim a different benefit until it is open to you.” In this case, no news is good news.

How Universal Credit for the Self-Employed will work

Self-employed people who make a claim for Universal Credit will be invited to a ‘Gateway Interview’ to assess whether their self-employment is ‘gainful’. What the assessors will be looking for is evidence that your self-employment is well-organised, developed and regular and that you are, or have good prospects of, making a reasonable profit. They will also want to see that it is your ‘main’ source of employment, either in terms of taking up most of your working week, or delivering the larger part of your income. If they aren’t convinced that you are ‘gainfully’ self-employed then you’ll need to ‘look for and be available for other work’.

The Gateway interview will also consider any special circumstances, such as disability or caring responsibilities, which they may be able to take into account when they set the number of hours they’ll be expecting you to work.

UCSE assumes that you are earning at least the equivalent of minimum wage for the number of hours they expect you to work. For most people that is a 35 hour work week, 52 weeks a year (no holidays or bank holidays for the self-employed it seems). Your minimum ‘assumed’ earnings will be £957 per month. They call this the ‘minimum income floor’. The ‘floor’, or number of hours you’re expected to work, may be reduced depending on your circumstances, eg. if you have childcare responsibilities or a disability.

Minimum assumed earnings will be factored in to your claim whether you have earned that amount in the month or not. DWP state: “If you earn less than the minimum income floor in any month, Universal Credit will not bridge that gap. This will encourage you to grow your business and make sure it can support you.” There is no option for income fluctuations to be averaged out over the year, as would be the case in normal accounting practice and with Tax Credits.

The ‘minimum income floor’ is a new ‘policy innovation’ being tested exclusively on the self-employed. Everyone else eligible for universal credit, will have their claim based on actual earnings. The self-employed alone will be subject to so-called ‘assumed earnings’.

In interviews for a report commissioned by DWP, most business owners currently being supported by Tax Credits felt that they would be negatively affected by the minimum income floor. Only one business out of 45 was confident that their earnings would never fluctuate below the ‘floor’ level. Incomes were most likely to fluctuate seasonally or in line with client payment schedules.  Those business owners told researchers that this appeared to be an ‘unfair and punative’ policy which will make it harder for people to meet living expenses just at a time when their business may be experiencing a dip.

UCSE will have real time monthly reporting. You will need to report your self-employed earnings online every month, no more than 14 days after the end of each month. You’ll then be paid monthly directly into your bank account. The amount will vary in line with any earning above the minimum floor level.

The DWP’s accounting requirements for UCSE are different to HM Revenue and Customs (HMRC). Businesses will have to prepare two sets of accounts. DWP also will not accept many of the costs accepted by HMRC.

New businesses have a grace period of 12 months where the minimum income floor doesn’t apply and you also do not have to look for other paid work. During this period “you will receive the same amount of Universal Credit as you would if you were earning the same amount from PAYE employment”. Individuals are allowed one start-up period every five years, provided you meet all the other eligibility criteria. To qualify for a new start-up period, you also need to be starting a business in a different sector.

The DWP says: “In future, if you are self-employed and on Tax Credits, you may be moved onto Universal Credit if your circumstances have not changed for some time. If this happens, you will not be subject to a minimum income floor for the first six months of your claim.”

You won’t be eligible for UCSE if you have capital of £16,000 or more; that is savings, investment property or a lump-sum like a redundancy payment. Your personal possessions, business assets and your home will not be taken into account. Capital between £6,000 and £16,000 will be added to your ‘assumed income’ at a rate of £4.35 for each £250 or part of £250 of capital you have over £6,000. Tax Credits currently have no capital limit.

What are the implications?

Reversing the increase in self-employment

UCSE is set to disincentive self-employment as an option for people who do not have an independent safety net.

“The reason why the recession hasn’t proved as devastating on employment as first feared is because huge numbers of people laid off from their regular jobs have turned to self-employment. However, the government needs to be clear these proposed changes to Universal Credit could reverse this trend and remove a valuable route back into the labour market through self-employment.”

John Walker – Chairman of the the Federation of Small Businesses

DWP are clear that their aim is to: “limit the extent to which universal credit subsidises underemployment and long-term low-earning businesses.” While that tough stick will galvanise some to move up and out of out-of-work benefits, the evidence suggests that it will see many more fall into unemployment, ‘off the books’ or into debt. One business owner said that he would take on more work if the opportunity arose, but the only realistic option he could see in the short term was to reduce family spending.

The policy shows no understanding of the cyclical nature of small business. It discriminates against seasonal businesses, including those in the agricultural and tourism industries. It discriminates against freelancers, consultants and contractors, paid by the job in lump sums. It assumes low-earning business is a one way street, discriminating against previously thriving concerns struggling to rebuild in the wake of the economic downturn.

DWP-commissioned research found that self-employment enabled many low-earning businesses to fit work alongside providing care for sick relatives or children or to work around their own poor health. The researchers concluded:

“Finding out about people’s routes into self-employment and reasons for sustaining this way of working show how important self-employment can be in supporting other arms of government policy – strengthening families and support for children, and enabling some people with severe health conditions to participate in employment.”

The policy will also hit women hardest. The low-earning, part-time self-employed are disproportionately female. The DWP research was weighted to include more low earners: two thirds were women, they comprise just one third of self-employed people receiving Tax Credits.

The changes add significant layers of complication and time-consuming bureaucracy at a time when government have said that they want to simplify small business tax affairs. Accountancy group ICAS says: “Far from offering worthwhile simplification compared with the pre-existing Tax Credits regime, the Universal Credit proposals have the potential to increase considerably the administrative burdens on small businesses.”

While Paula Tallon of the ICAEW’s small business committee says:

“The new UC regulations will actively discourage self-employment and undermine the policies of reducing administrative burdens on small businesses. For low earners this is no incentive to start a new business.”

What can you do?

Since the downturn started 400,000 people have started working for themselves. They have delivered most new UK jobs in that time. Imagine what could have been achieved with a meaningful skills and support strategy for those new small businesses?

It hasn’t been easy: average self-employed incomes have been squeezed more than employees’ earnings. Add to that unworkable bureaucracy, a safety net based on imaginary income and little sign of alternative routes back to the labour market for those who have made a job for themselves. It is hard to see who this strategy will help. What is clear is that it will close down enterprise as a route to employment for many and remove important flexibilities from our economy.


So what can you do?

Be prepared. The Citizens Advice Bureau has put together practical information and a detailed step-by-step guide which will give you a clearer idea of how UCSE will impact on your particular circumstances. Click here for more details.

Lobby for sensible changes. Write to your MP and lobby any membership bodies, trade associations or unions you belong to. Click here for details of your local MP and how to write to them.

34 thoughts on “Universal Credit for the Self-Employed: unworkable, unfair and short-sighted”