What has the government done to encourage the enterprise culture?

By Sreela Banerjee on December 5th, 2013 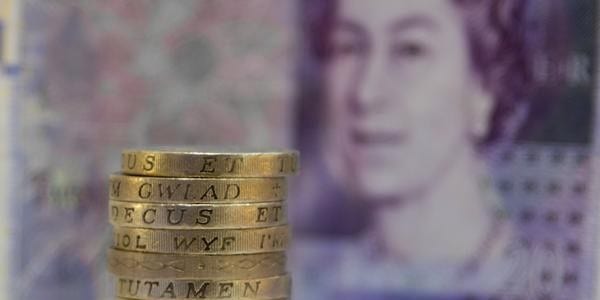 Money matters more than ever for small business. But we’ll continue to get a bad deal from lenders, regulators and politicians until we get behind the jargon and understand how it works. Sreela Banerjee makes the case.

Here is the reality: the Government does not consist of entrepreneurs. Nobody in this government barring a handful has ever run a sweetshop – take a look at their CVs. This shows rather starkly in the discrepancy between what they are doing and what they say they are doing.

What they say they are doing is lending more to SMEs – what they are actually doing is printing money out of thin air (quantitative easing, to keep to their parlance) and pumping it straight into the mortgage markets. Why? Because they want to prop up property prices, of course – their main personal investments, (along with ours) is in a property. If they are in their 50s like me, the price of their home has risen steadily. It is their retirement fund.

The people who regulate banks, who set the amount of reserves a bank has to keep, in order to (in the regulators’ view) operate ‘safely’ – have recently been reorganised. It seems that every new man/woman at a desk has one instrument to play with ‘let us tighten banks’ capital requirements’. Easy to do, and implement – even harder for the banks to lend to small business people, if they cannot afford to fund our learning curves.  Because a capital requirement is jargon for money they can’t lend out, it just sits, useless in the vaults. Incidentally, have any of the people who regulate banks ever run a sweetshop?  Look at their recruitment profiles and take your own view.  These are the FCA and the PRA, if you want to actually do it. All LSE and Goldman Sachs and a few with QUANGO credentials – Ok I confess, I went to the LSE as well.

So loans are in short supply. What has that meant? It has meant that the payday loan companies (shadow banking is the coy slightly misty term) have thrived.  Wonga (which lends out to individuals at an annualised rate of more than 4000%) has entered the small business market. It kind of made me shiver when I saw that bit of news.

What can the government do? Well, for once, it can follow America (or quel horreur even Sharia law), to the benefit of its population – it can simply put a ceiling on the interest rate that anyone can charge in the UK. In the States it is about 20% (on most consumer credit). Here, Wonga and other payday loan companies can put up cuddly toy adverts, and charge indecent amounts of money for small loans. Apparently this is about an open market, giving us choice.

Last week, Osborne gave the industry regulator new powers to cap (in some way, unspecified) the amount that can be charged for any credit, all part of the Banking Reform Bill.  The competition commission is looking into the market, apparently, and the FCA takes over this area in April 2014, so any new rule is unlikely to take effect before 2015. The industry is already protesting, and like the proverbial inflated balloon, will puff up hidden charges where they are less easy to detect, when any specific rule comes in – plenty of time for them to get their pricing scenarios and small print in place; absolutely no pressure to shut up shop. Decisive action or more red tape? You decide.

The need for financial education

Why don’t we protest? Because the whole area of banks and financial services has been shrouded in mystery, wrapped up in jargon and become a part of the black arts practiced by our City of London. We need to de-mystify this sector – speak out in simple terms about what the financial crisis was about and what the job of any bank in a healthy economy should actually be.

What we need to do is engage in a country wide, if not worldwide programme of financial education, and make sure that our daughters make better choices – of bankers and politicians, and most importantly, regulators.

2 thoughts on “What has the government done to encourage the enterprise culture?”