What is Blockchain and How Can it Help Your Business? 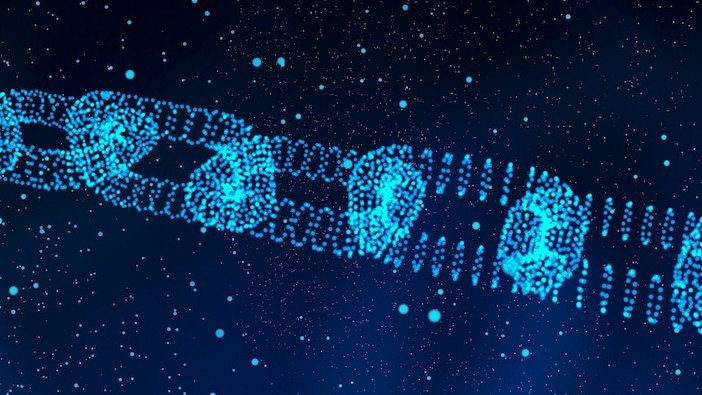 Blockchain is a new digital technology that is increasingly being seen as the most exciting development since the internet. It first came to public attention as the technology that enables cryptocurrencies, but its use is now growing rapidly in many sectors of business and the economy.

Perhaps the easiest way to think of blockchain is that it is a virtual business ledger. Just like a traditional ledger, it stores information about business transactions, but there are a number of crucial differences. Most importantly the information contained in a blockchain is protected by cryptography to ensure its security. This ensures that the blockchain is immutable which means that once a file or transaction has been entered it cannot subsequently be changed. Another important distinction between blockchain and an old-fashioned book-style ledger is that blockchain is a distributed digital system. This means that the data within it is stored in multiple places on a computer network and this protects it from any potential cyber attacks.

The name blockchain comes from the way that data is organised in the virtual business ledger. All the information is stored in blocks of similar size. Every block is linked to, and dependent on, the previous block in the network, and as time progresses this architecture of blocks forms a chain.

So how can this new technology help your business? The most obvious way is to make use of the opportunities that blockchain already offers. The best known of these are cryptocurrencies such as Bitcoin. You can invest or trade in Bitcoin using crypto engines or you can join the ever-growing number of companies, big and small, who make and accept payments in cryptocurrencies. Recent research has highlighted an increase of over 800% in the number of businesses using cryptocurrencies worldwide in just the last twelve months! Cryptocurrencies enjoy a number of advantages over traditional finance transactions. Payments can be made instantly anywhere in the world, there are no intermediary fees to be paid to banks or other third parties and once a payment has been programmed into the blockchain no bank, government or other actor can stop it. However, one word of warning, cryptocurrencies are notoriously volatile in their price movements so if you are accepting them as a payment method you have to be prepared for their value to sometimes fall sharply in the short term (although of course they can also rise sharply in value too).

Another utilisation of blockchain which is growing in popularity is Non-Fungible Tokens (NFTs). These are of particular interest to those in the creative industries such as art or music as they allow a unique and digitally secure representation of files containing images or music to be created.

Businesses seeking to raise money to launch or grow may also be able to benefit from blockchain technology. The mechanism by which this is achieved is called an Initial Coin Offering (ICO). This is the cryptocurrency version of an Initial Public Offering (IPO) which is the traditional way of raising funds by issuing shares. Investors receive a cryptocurrency token as their ‘share’ in the company or project. So far ICOs have mostly been used by companies in the IT sector launching new cryptocurrencies, apps or services, but there is potential for their use in other business sectors in the future.

Blockchain is a rapidly growing and developing technology that offers the prospect of new and more efficient ways of doing business. Companies will benefit from keeping a close eye on the possibilities and opportunities in the future.