Women who rock the Silicon Roundabout 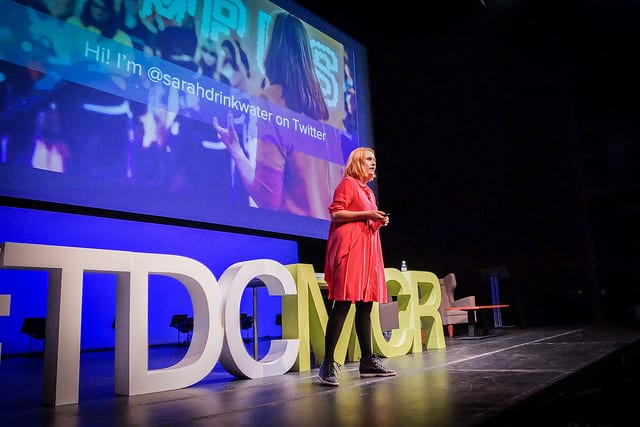 In the UK alone, the number of female-led businesses grew by 42% between 2010-2016, and now, almost a third of new businesses are founded by women. In Shoreditch, London the start-ups scene is almost as colourful as the graffiti-covered walls for which the area is known – and powering those start-and scale-ups are women.

To acknowledge this, the good people at The Stage, have chosen a selection of these female CEOs  who are rocking the area known as Silicon Roundabout. At the helm of Maxus, one of the UK’s leading digital agencies, is Lindsay Pattison. Read any article about Lindsey and you’ll soon realise she is as much in touch with traditional media as she is with digital. Keeping a finger of the pulse of diversity in media is key to the staying top dog in today’s advertising market.

This attitude is echoed in the company’s program “Walk the Talk”, which was launched by Lindsey in 2016. The two day program was aimed at empowering over 200 senior women in the company – giving them the confidence to excel further with their careers. These senior women would go on to give talks to their teams and in turn inspire a further 600 female employees around the world! Head of Google’s entrepreneur Campus is Sarah Drinkwater. The Old Street Roundabout space founded in the start up boom of 2012 now boasts hundreds of talks, programmes and training sessions, all held by a community of like-minded entrepreneurs. As a woman in the tech scene Sarah  also believes in giving back. Being a mentor is important to her as she strives to be a role model in a community where diversity is growing by the day.

In 2015 she helped to launch Girls in Tech – a mentoring scheme which aims to help break the glass ceiling by bringing together tech leaders and providing workshops to help other women flourish in their sectors.

Karen Holden, disillusioned with the workplace’s attitude to women, set up A City Law Firm in 2009 with only £5,000. Seeing former co-workers leave their positions only to be treated like they had died seemed unfair to her. Her business plan came from a need to change the industry around her.

As a daughter of a single parent who held down three jobs, she wanted better for herself and her own family. In doing so she created a company that provides a strong family orientated background for her staff too. Her business is now listed in the Legal 500 and by successfully rewriting the age-old rules which held her and countless others back, she opened doors for mothers who want to be seen and recognised in the workplace, while still being able to raise their children at home. Sacha is UK CEO of Grant Thornton, a global network of independent member firms which provide assurance, tax and advisory services. She was made CEO in 2015 and in doing so became the first female to head up a top city accountancy firm. In 2016 the company reported revenues of $4.8billion. Sacha is what you would define as a self starter – it’s little wonder she is in the position she’s in now. To fund her college studies she manufactured and sold ball gowns. Her approach – which was responsible for her quadrupling both the size and profitability of her unit – is to always view the bigger picture. Her analogy compares it to being on a ship:

“You can find yourself in the engine room the whole time making sure things are running efficiently, but you also have to find time to get up onto the crow’s nest to monitor what’s coming over the horizon in three, 10 or 20 years’ time – in the context of what’s happening for our clients in the wider economy. It’s about turning things outside in, rather than inside out.”

Sacha is committed to bringing about diversity in her vertical and encouraging an ethos whose virtues are noble and sustainable – she introduced  John Lewis-style profit sharing scheme and a cap on her own salary. She splits her time between London and Devon.

These are only a few of the female CEOs, directors, founders and owners who operate in East London and the Shoreditch area. But we’re looking for more. The Stage are trying to drive female entrepreneurs in the area to add their business to their interactive resource: Tech City. They want to gather enough business names so that we can develop the map further, to allow users to filter by ‘Female CEO’.

So if you’re a female Shoreditch-based business owner, or know someone who is, submit your business on the Add A Business button in the bottom right-hand corner of the map. Make sure you mention ‘female CEO’ in the additional info box.