Only 1% of Manual Tradespeople Are Female; I Want to Change That 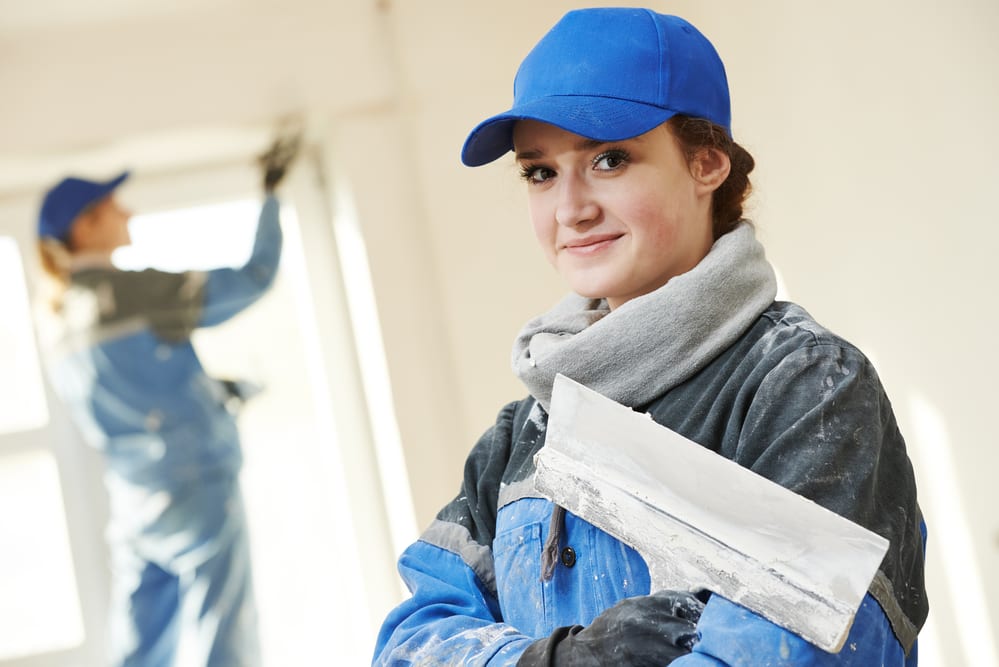 The manual trade industry ranges from building work to cottage thatching to ironmongery and beyond — and it’s largely a male industry. Figures vary on how many women work as manual tradespeople but it’s consistently low. The Huffington Post and The Times claimed it was 6% in 2014 but Women on The Tools and The Guardian put the figure as low as 1% in 2016.

Still, as a woman studying to become an architectural ironmonger, I think things are improving. Women certainly make up more than 1% of the people on my course, so I’d be interested to know exactly how many women are working in the industry two years from now.

The issue with manual trade, sadly, is broader than gender equality. Traditional manual trades like blacksmithing, ironmongery and carpentry are in a general decline in the UK. As the country moves towards a digital economy, fewer people are inclined to take up a job in some of the more “old school” trades.

In short, the industry needs a lot of modernising, both to make it more accessible to women and to make sure that it survives the rise of eCommerce. This is something that my dad and I are passionate about. He founded e-Hardware, an eCommerce website, with the desire to sell high-quality ironmongery products such as door handle packs over the internet. It’s been a huge success and a great way to bring the ancient practice of ironmongery into the digital age. What’s more, the profitability of the business shows people’s continued interest in the art of ironmongery.

Every industry needs to reinvent itself from time to time. The mobile phone evolved from a high-tech piece of military equipment to an extremely bulky gadget for the super-rich, then to handheld devices that can order a taxi to your exact location in just a few clicks. So it is with mobiles, it should be with manual trade.

The Uber business model could just as easily work for tradespeople and, indeed, there are some Uber-style services where you can instantly book tradespeople online in the same way you’d order a pizza, a massage or anything else online. These services, however, are few and far between and the industry as a whole still has a lot of room for modernising.


Things Aren’t as Bad as They Seem

The demand for handmade products is on the rise and, if this demand continues to increase, we’ll likely see more people entering into traditional trades. As for the gender imbalance of the trade industry in general, more women are owning small businesses, and some argue that 2016 may have been the best year for women in business — ever. These general trends are very promising and there’s no reason why the world of manual trade won’t go in a similar direction.

I’ve not yet completed my diploma in ironmongery. The GAI is a well-established diploma and it takes time and dedication to complete. When I look beyond graduating, I am optimistic about the industry’s future. I can’t speak for every woman (nor would I want to) but, from my experience, women can and should enter into this industry. It’s all about taking that first step. If women do so, I see no reason why they cannot thrive as manual tradespeople in the future.

This is a guest post from Alice Head-Jenner of e-Hardware.