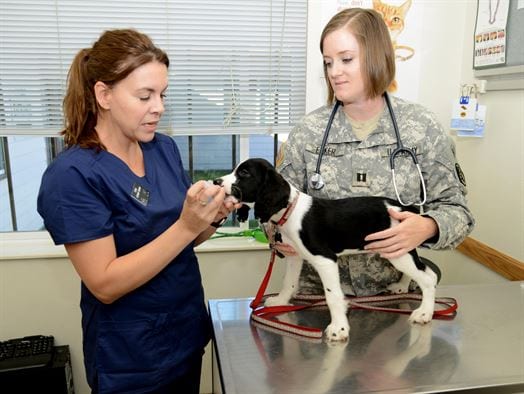 Think of a veterinary surgeon. What does the person look like? Most likely it’s a man. But in fact there are now more female than male vets. A century ago waiters and secretaries would have more likely been male too.

We take gender stereotypes for granted, but they are not fixed. And if we can think beyond stereotypical gender roles, the world of work doubles in size.

Role models help to break down barriers. Here are three who are pushing ahead in male-dominated sectors.

Lorry driving is still a 99.5 per cent male sector and the stereotypical image of a trucker is a burly bloke in boots and a hi-vis jacket.

But there are a select few wonder women who think nothing of jumping in a 40-tonne truck and keeping the nation’s businesses moving.

Katie Gillard began driving trucks when she was just 19 years old and she now has years of experience working for her haulier dad Andrew under her belt.

She loves her job — but says people still do a ‘double-take’ when they see her behind the wheel.

If you want to become a queen of the road like Katie, register for an HGV training course and find a trucker mentor who can show you the ropes.

As a quantitive analyst for the New York City Financial Crime Task Force, she uses complex spatial data and statistical tools to help colleagues on the ground combat everything from catastrophic fires to illegally occupied buildings.

There’s also a creative aspect to her work because she needs to present complex information in simple-to-understand visual formats for government stakeholders and the public.

Lauren has an economics degree and this role has allowed her to develop statistical and computer skills.

If a similar role appeals to you, researching distance learning courses in related subjects is a good first step to making the switch from your current career.

Dannika Bannon was studying law and criminology at university — but dropped out after realising she enjoyed her part-time job managing transport for a windscreen company far more.

She secured a full-time job for Tarmac and the firm have fully supported her professional development.

She’s a successful quarry manager at age 29, has a foundation degree in mineral extraction and is working towards a Master’s in the same subject.

Dannika advises women to spend their lives doing something they’re interested in, regardless of how many men dominate the field.

So a lack of women in a certain sector doesn’t necessarily mean individual companies are unsupportive — finding out which firms actively support female empowerment might help you get a foot in the door for your dream job.

If anyone still needs convincing, these women’s stories prove there’s no such thing as a ‘man’s job’ — but making your way in historically male professions requires resolve and commitment.

These three women making waves in male dominated sectors should give you the confidence to set sail towards your ideal profession.

Are women in the minority in your workplace? Share your success story in the comments section.