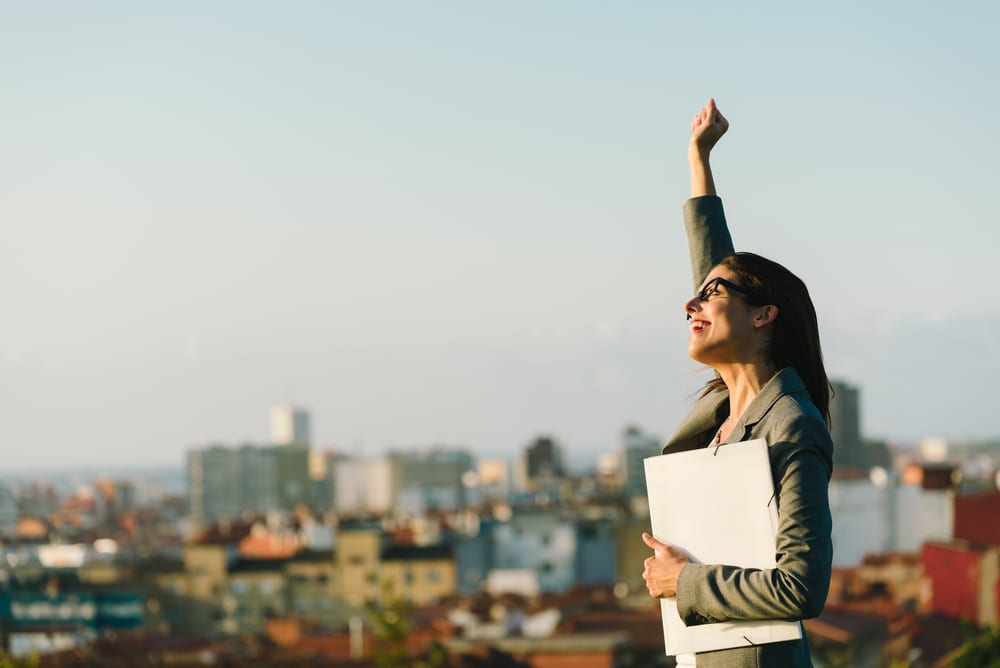 Has there ever been a better time for ambitious women who want to get to the top?

We’re entering a new era of female representation. Official figures just out show that the number of women in boardrooms is at its highest ever point.

But while the number of external female non-executive directors has risen to 23.5% in the UK’s top companies, the number of women in senior executive roles is only 8.6%. There is still a long way to go.

And while the largest companies are making the most progress at Board level, as we recently revealed, gender-balance seems to have got worse for the UK’s top start-up firms.

Of course until we get a critical mass of women in leadership roles, many of those companies remain places that many women just don’t want to work. The dearth of women at the top is double-edged. Yes there is a glass ceiling, but there’s also too often a toxic culture of presenteeism, pointless posturing and macho group-think that has helped to fuel the increase in female self-employment.

Attitudes are changing. Female leadership is firmly on the agenda now and the benefits of gender-balanced leadership in terms of performance are increasingly understood and accepted.

It may indeed be the best time there has been for ambitious women who want to get to the top. So, beyond doing a great job and taking part in any internal development programmes, what can you do to improve your leadership prospects?

If you’re not in a leadership role at work, try to find another way to gain the experience. That could be volunteering in your community or mentoring other women through the Aspire or Cherie Blair Foundations. If there are few opportunities to push yourself forward at work, maybe you have the time and energy to get a business off the ground in your spare time?

All of those endeavours will build your experience, widen your horizons and grow your confidence.

A management qualification will help you to reflect on and hone your skills, take a more strategic approach and show that you are serious about your career.  You don’t need to take time out either. These days there are plenty of options for studying management online, from introductory certificates to an honours degree. Modular degrees or courses mean that you can often go at your own pace. One friend did her Management degree over 10 years in this way, taking a couple of years off each time she had a baby.

All the right friends

‘It’s not what you know, but who you know that matters.’ True: especially in the business world.

Networking has historically been a bit of a boy’s club. The Don Drapers and Alan Sugars of this world stood shoulder to shoulder, rubbed greasy palms with silver and made sure the macho world they inhabited was hermetically sealed.

Challenge yourself to attend more networking events, internally and externally. Read our top tips for better networking, be prepared and practice. It gets easier.

Social media is making it easier still. Make sure to follow-up and stay in touch through Linkedin. Follow key movers and shakers in your industry on Twitter. When the time comes to connect, you’ll already be half way there.

Sheryl Sandberg says in her book, ‘Lean In

“I truly believe that  the single most important career decision that a woman makes is whether she will have a life partner and who that partner is. I don’t know one woman in a leadership position whose life partner is not fully – and I mean fully – supportive of her career. No exceptions.”

It is very difficult to sustain ambitions at work without support at home. And support needs to include the mundane tasks too. For those of us who are parents, this week marks another great leap forward for equality at home, with the introduction of shared parental leave in the UK. It’s not just important for practical reasons, but also for broader expectations of gender roles.

There is still a long and arduous way to go. But for a new generation of ambitious women, it is beginning to look like the best time there has been to see those ambitions fulfilled.