What Bond Movies, Sword Dancers and Start-up Businesses Have in Common 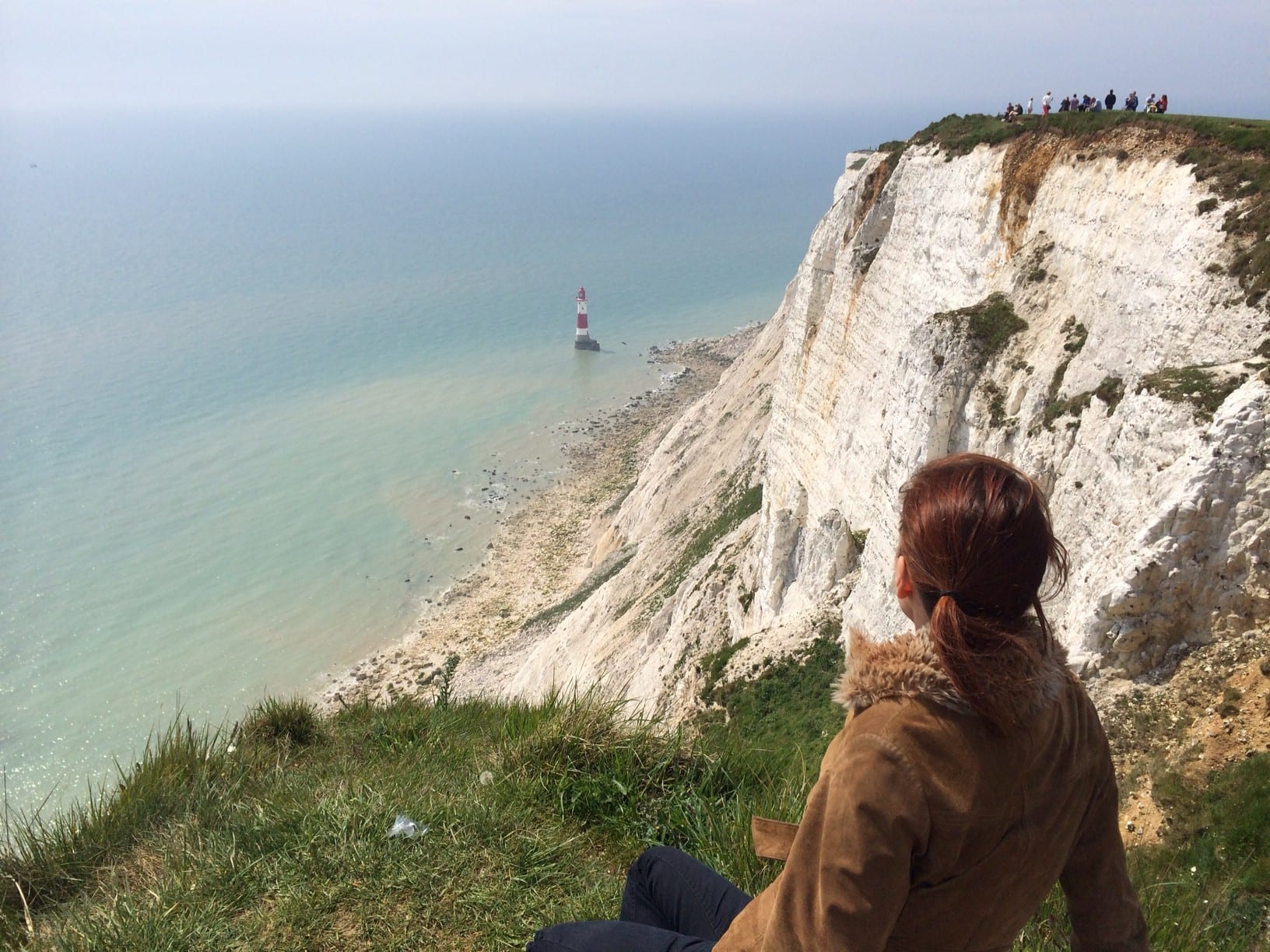 “Are you suicidal?” asked a friend when I revealed my bank holiday agenda. I’d planned to go to Beachy Head, on the south coast, and spend some time pondering matters of life, the universe and everything while taking in the rugged edges of those famous cliffs (that have seen many jump to their death on the rocks below).

I imagined what it must feel like mid flow – sensations and images flashing, perhaps, through your mind in the (comforting? terrifying?) knowledge that there is no way back now. An unexpected analogy with starting a business came to mind. As my co-founder (swombat.com) used to say, throwing yourself into a startup is like jumping from a plane – or from a cliff for that matter – with a plan to build a parachute on the way down. Sounds like the type of risk that only one fully prepared to die would take.

Yet, many do. Interestingly, plenty of startups seem to make the much needed breakthrough only as they are about to collapse. I like to think of this using the Bond movie analogy – the agent usually stops the bad guy literally seconds before the whole world blows up. Why are entrepreneurs so addicted to the adrenaline rush of risk? Why is it that looming over the abyss of destruction often becomes the trigger of high performance and, eventually, success? Let’s explore a few situations within well-known businesses.

Recently, I had the pleasure of meeting Martyn Dawes, the entrepreneur behind Coffee Nation, the self-service coffee bar operator sold to Costa for £23m. At the time Coffee Nation started (in 1996), self served coffee was a completely unproven product in the UK. As Martyn writes in “Wake up and sell the coffee!”, for his startup “it was truly at the eleventh hour – as I was thinking I would have to call it a day – that some light emerged at the end of the tunnel. From there, events moved quickly and ten years later Coffee Nation had become a known and loved brand up and down the UK. By now, that little business I started has probably served over 100m cups of coffee.”

The story of Coffee Nation in its early stages is full of twists and turns, which included having to let go of the company’s first employee because of cashflow problems, and conducting trials with customers that weren’t a right fit in terms of Coffee Nation’s target market – and ultimately lost the company a lot of money. There were plenty of times when giving up would have been the “reasonable” option but Martyn’s passion and persistence ultimately prevailed over the facts.

One of my favourite living business leaders is Tony Hsieh, the entrepreneur behind what is possibly the brand most customer loved, globally: Zappos. Tony had built and sold LinkExchange, but it’s Zappos that revolutionised the world of customer service and brought him global recognition.

Hsieh has dedicated practically all of the financial resources his previous ventures generated to the pursuit of the company’s wellbeing and eventual success. Not only has he maximised the amount of money he had in a fund he’d started to make Zappos survive but, as he writes, “every few months I would take a look at my own bank account and personally put a little bit more money into the company to keep it afloat” . He then let employees – who’d taken pay cuts – live rent free in an apartment he had bought. He sold off all the real estate he had – the last one at 40% below the asking price – to put the cash into Zappos. It was only then (and having managed to open a revolving credit line for Zappos with one of the banks) that the company switched from slow death to healthy growth.

Countless stories in the startup world seem to confirm that for many distressed businesses good things happen at the eleventh hour, like in a Bond movie, just before everything crumbles to dust. Not to look far from London and Tech City – from where I happen to be writing these words – Moshi Monsters, using the last remaining funds, made a dramatic pivot that eventually resulted in the creation of the company as we know it today.

Looking at the examples above, it’s easy to see that taking considerable, and what sometimes may seem unreasonable, risks is a common thread amongst many successful entrepreneurs. Why is it so?

I tend to look at the issue from a perspective of key entrepreneurial qualities.

Firstly, perseverance. Which often means embracing risk to a much greater extent than others would deem reasonable. This was certainly the case for both Martyn (Coffee Nation) and Tony (Zappos). The worse the position for those businesses, and both were on the brink of insolvency for quite some time, the more risky it became to continue on the path of supporting them. Perseverence of the entrepreneurs behind them meant that in both cases the risk was embraced.

Secondly, most successful entrepreneurs I know – not just the two mentioned above – show fanatical belief in their idea (which doesn’t mean pursuing it with a lack of flexibility) and similarly fanatical dedication to making the idea become reality. They refuse to let anything get in the way, risk being one of things. There is also the interesting quality Paul Graham calls “naughtiness” and defines as “delight in breaking rules, but not rules that matter”. Naughtiness obviously carries with it the risk of getting caught and seriously winding up some people. But this risk can almost make the entire venture worthwhile. A lot of my entrepreneurial friends, particularly those with a considerable track record, such as Charlie Lass, say they only ever get involved in industries and niches truly ripe for disruption. In other words, if there is no legacy system to be eliminated – and people benefitting from it to be challenged – they aren’t interested.

Finally, a lot of entrepreneurs behave as if there was nothing to lose. They are aware that – according to the Lean Startup methodology – being an entrepreneur simply implies failing, taking relevant lessons on board and going back to the drawing board. A certain “loss” is implied in the very model, although it can also be seen as a step forward, considering the knowledge acquired in the process.

Indeed, sometimes there is literally nothing to lose, as in the case of Moshi Monsters, or rather the company preceding it which spent nearly all of the investment it raised pursuing a model that simply didn’t work.

Interestingly, though, these aren’t all of the conclusions to be drawn from seemingly erratic and irresponsible attitude of entrepreneurs to risk. In fact, what often appears from the outside to be reckless risk taking is actually a carefully planned strategy game with risk. This is the case particularly as startups grow and become successful, aggressively growing young companies. When I look at thriving entrepreneurs and successful businesses, a lot of which my fundraising company GrantTree happens to work with, I can see examples of both fearlessly embracing risk and keeping risk at bay using well calculated methods to dominate it like a ring master exercising control over an aggressive carnivore.

Skilled serial entrepreneurs can dance with risk like an exotic dancer with a sword, and it’s beautiful to watch. They play with it, they tease the audience with it. At all times, they control it; after all, it’s not the sword that determines what the dance looks like. It will influence the dancer’s movements, make them more careful at times and more daring when a particular performer is well practised.

The more I think about it, the clearer the answer: success is all about a healthy – but playful – relationship with risk. In the words of my friend Dasha, who runs an early stage business, Schindler Wedding Photography (you can check it out on schindlerweddingphotography.com which includes pictures from my own wedding!), calculated risk is all about perfect self-awareness: knowing exactly how much you can stretch yourself energy wise, financially and lifestyle wise to get what you are after. She believes that in an early stage business things take, on average, three times as long as estimated and cost two to three times as much as originally planned. As an educated risk taker you will simply use this rule in your business planning. That’s why Dasha, while still growing her business, works in banking two days a week to maintain guaranteed income that also allows her to take more risks with the photography venture.

Back at Beachy Head, in the lonesome landscape of cliffs, waves crashing against the rocks, and the horizon where the sea blends into the sky, there was something else: colourful figures of paragliders skilfully catching gusts of wind. I observed a few for a while, their failing efforts to land at a particular spot (the wind was strong and would lift them off whenever they came close to landing), their playfulness, their joy. I watched the figures against the outline of the sky, crossing vast distances in seconds, masterful yet vulnerable. The following day I went back to work in my little business with that image in mind and a quiet internal smile.