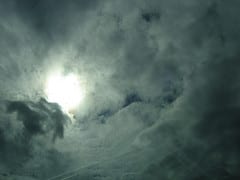 Having the confidence to know how to deal with a difficult conversation is probably one of the best work tools at our disposal… and one that is very beneficial in preventing sleepless nights!  Who wants to be awake at 3 a.m. stressed about work?

Do you know whether that team member, boss and/or important client, will collaborate, compromise, avoid, accommodate or compete?  Familiar terms perhaps, so in a tricky meeting is enough attention paid to understanding different conflict styles?  How do you get to a resolution that is acceptable to ensure continued optimal working relationships?  In these challenging times, open clear communication is vital. In our largely knowledge-based economy, especially in these difficult times, a client or a  member of staff can vote with their feet and simply walk out of the door.  Where are they likely to end up: in the office of your main competitor!   Doing nothing is not an option – avoid at your peril!  Storms we can leave to the elements, not, ideally in our minds.

It’s worth knowing conflict styles and how people deal with differing concerns is a good starting point (obviously not the only one) to look at how individuals respond and work through to consensus, or not!   A few years ago, I was involved in a mediation between three senior staff at a highly profitable organisation.  The near death experience of this company revolved entirely around the interactions of these three people, threatening their own personal wealth and lifestyle and all of their staff.  Much stress and distress took just one day of mediation to resolve, frankly it should never have got to that stage.  Don’t let this happen to you.

When people are in strife, understanding their style of communication is helpful.  Research demonstrates that men are more competitive than women throughout the whole organisational hierarchy.  That is to say that men are more likely to promote their own concerns.  I’m very wary of generalisations, but the important lesson here is to prepare ourselves for these important conversations.

If it is difficult to find a consensus or at least a compromise, identifying an individual with the respect of key individuals is clearly a potentially favoured route.  If it is clear that an individual continually, despite cajoling, defaults to ‘avoid’ then this is not the person to pick to be the spokesperson.  Gaining an insight to all the forces at play in a disagreement is information which is useful to consider.

Very often ‘process’, especially in the workplace, carries as much weight as the ‘substance’ of divergent views.  We see and read about people all around us, ‘bulldozing’ their way through a situation – we often forget this is often driven by fear more than anything else.  Fear of failure, fear of loss of reputation, fear of the unforeseen consequences and fear of losing control.  If you are on the end of these interactions, it’s uncomfortable at the very least.   Again tempting, it’s easier for some to collude rather than tackle a difficult issue, although all this does is delay the agony.  In private rolling our eyes and look plaintively skywards, perhaps with some expletives thrown in is a temporary release, but doesn’t stop the sleepless nights, unfortunately.  So how can we work through this maze?  One helpful method is to know how to remove this massive barrier of fear, and make it safe to not lose face, at the same time as finding a resolution to the substance of the dispute.  Far from straightforward, but very worthwhile.

Let’s not forget too that sometimes the very thing that is needed is for someone to drive through a plan – we might not agree with it, but when stagnation is damaging the bottom line, again doing nothing is not an option.  If you are that person, then get to the point where you can command respect, confidence, trust and a sense of safety for key individuals, acknowledge the difficulties and spend time and energy working with the differing conflict styles of communicators.  Concerns need to be heard (otherwise they will be repeated until they have been heard), acknowledged and responded to appropriately.  Equally ignoring comments or those who ‘avoid’ altogether, tempting as it might be, can also potentially lead to subterfuge and difficult issues popping up again at a later stage, just when you thought the issue was sorted.

Here are a few tips:

In conclusion, our ‘instant’ culture often tricks us into thinking that resolving disagreements can be done in a very short space of time. Sometimes we get lucky and the conflict process has already got to that point.  It’s difficult to gauge sometimes, so don’t lose heart if your early attempts don’t always head to a satisfactory result quickly. Equally the journey through divergent thoughts does result in an opportunity to learn. You will discover some vital techniques and clues for the future.

Fortunately stormy weather is not permanent.  Behind those clouds is clear sky.  Let’s head that way.