A working life: the inventor 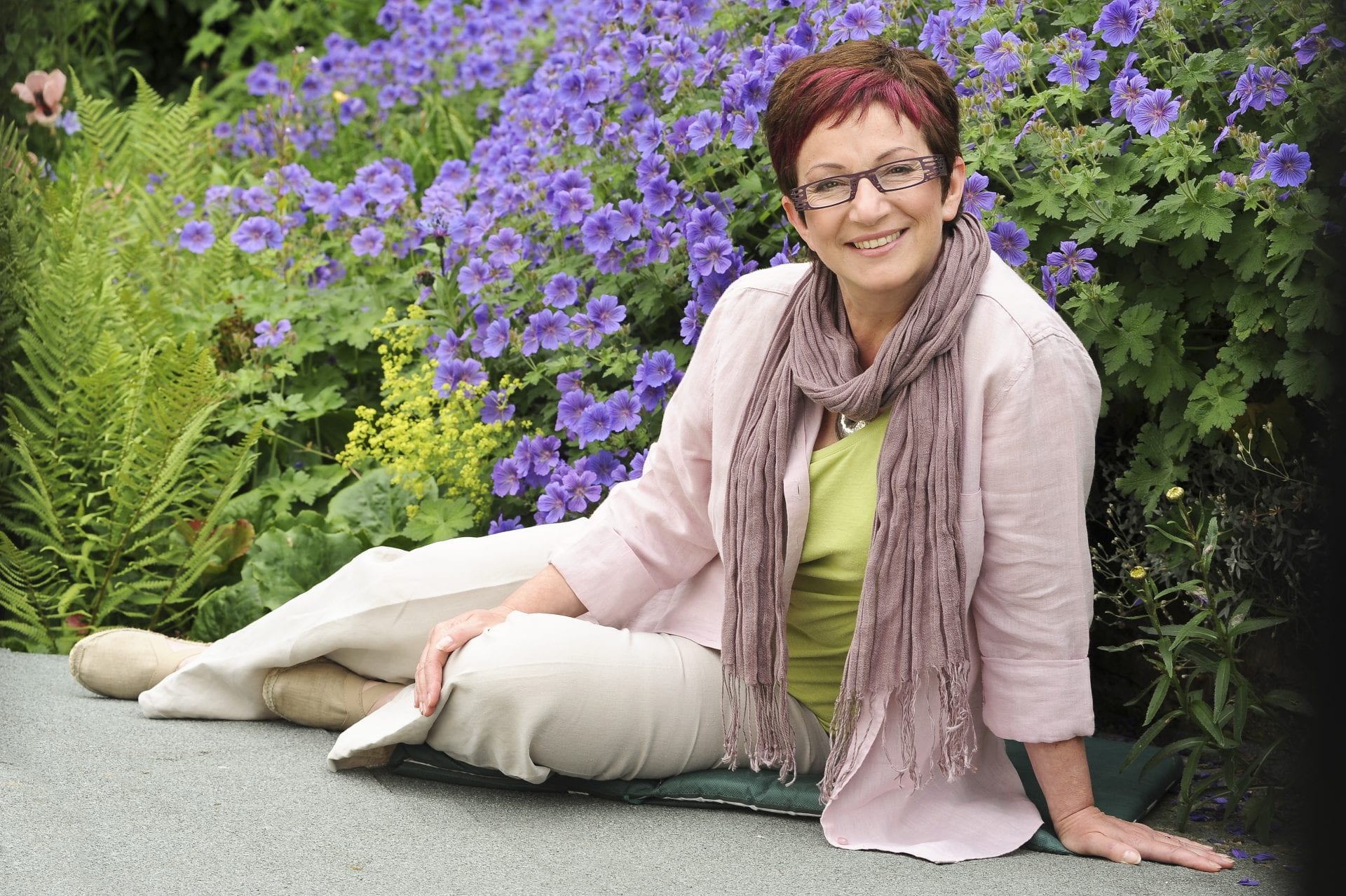 Mandy Haberman is the kind of female entrepreneur we can all learn a lot from: inspiring and down to earth.  Her ventures started with a problem: Mandy’s baby had feeding difficulties, the bottles on the market were not suitable. So she designed her own.

Mandy has grown a fantastic global business and is still learning and sharing; about business, product design, intellectual property and getting the balance right.

This article titled “A working life: the inventor” was written by Jill Insley, for The Guardian on Friday 8th June 2012 21.58 UTC

Mandy Haberman became an inventor by accident. Her third child, Emily, was born with Stickler syndrome, a genetic condition which often causes feeding problems: with conventional medical devices failing to help, she decided to work on a solution.

Symptoms of Stickler syndrome frequently include a cleft palate and a tongue too large for the space formed by an underdeveloped lower jaw: this makes sucking very difficult for babies. “Emily had terrible problems with feeding and ended up being fed with a naso-gastric tube,” Haberman says. “It was hell. She was failing to grow and at one stage the hospital said she wasn’t going to survive,” she says.

Emily was transferred to Great Ormond Street, and her condition improved. Although she still wasn’t feeding orally, Haberman realised that the baby was enjoying sucking on a rubber dummy. “I used a syringe to get milk into the corner of her mouth while she was sucking on the dummy. It worked,” she says.

This gave Haberman, a graphic designer, the idea for a bottle with a long teat enabling babies with malformed mouths to suckle by stripping milk along its length in the same way you milk a cow by hand, rather than straightforward sucking. She spent five years researching and working on the bottle before setting up a company from her kitchen table to bring the Haberman Feeder to market as a medical tool supplied to hospitals and parents by mail order. She went on to develop the Anywayup Cup – “the world’s first totally non-spill cup”, which was soon selling 60,000 a week from stores such as Safeway and Tesco.

Now, inspired by the number of mothers with healthy babies who, despite its retail price of £18.50, seek out the Haberman Feeder because it has been described by experts as the closest bottle alternative to breastfeeding, she is developing a range of bottles which is still under wraps.

So how does she come up with an idea and set about putting it into production? “I start by identifying a need,” she says. “Some people come up with an idea and create a need for it, but I look for something that needs a solution – a gap in the market.” She does preliminary searches online on patent databases to check whether anyone else has come up with a similar idea. “You can get the searches done professionally, but can get a feel for what is out there yourself and this saves money,” she says.

After months at the kitchen sink, “sticking things together”, it’s time to involve a design engineer to develop the components. “We want something that is good to use and cheap and feasible to produce,” she says.

At this point she might apply for a patent. In her earlier designs, when she was working alone, Haberman applied for a patent when she had a rough working model: as a result she ended up applying for two patents per product as the design changed. Now that she works alongside design engineers, she feels she can take the design further before applying.

“It doesn’t cost a lot to apply for a patent. In theory, you can do it yourself, but it is quite specialised work and I think it’s a waste of time and money to do it yourself because the patent is likely to be full of holes,” she says.

There is also an art to applying for a patent which is not too broad so it does not clash with other registered intellectual properties, but not too narrow, either, so you can tweak the design but still protect your original idea.

Jackel argued that the design of the valve was “obvious”, that nothing in the technology involved in Haberman’s valve was outside normal workshop modifications, and that its operating principles had been known of for a long time. But its claim was rejected by the judge, who ruled that although Haberman had only taken a small and simple step, it had been a very effective one and had been sufficiently inventive to deserve the grant of a patent monopoly. Jackel was forced to withdraw its patent-infringing product.

Haberman says: “There’s a cynicism [among large companies] about the intellectual property rights of the little guy. If they reckon you haven’t got the resources to protect your copyright, they’ll have a pop at you.”

The David and Goliath-style case had a lasting effect: “I used to be very meek and mild. If you had said ‘You will find yourself in the high court fighting an international company …’ It’s amazing what you’re capable of when it comes to the crunch.”

Before development, the next stage is to assess the potential market. This involves asking the target audience – mums with babies – whether they would be prepared to spend a certain amount to buy a product that performed in a particular way. “If not, you have to go back to the drawing board to see if there’s a different way of solving the problem,” she says.

The initial focus groups involve quite a small number – about 20 mothers in total. The second stage involves asking one to try the product with her baby to see if there are any immediately obvious flaws. Haberman has asked Debi, her interior designer, to test her latest invention, and I sit in on a meeting with Debbie, seven-month-old Elsa and Debi’s mum, who has been looking after Elsa while Debi is at work.

Haberman sits on the floor with Debi while Elsa plays and gurgles in between them. After an hour, the photographer and I are flagging – I didn’t realise there were so many questions you could ask about feeding a baby. But Debi is answering each one carefully and thoughtfully, and Haberman is taking detailed notes. Next it will be tested on five or six mums, tweaked, and then sent to about 100. “Once we’ve done that we’re ready to start selling it,” she says.

She and Paul Bottomley, her director of design and engineering, spend part of the afternoon discussing the name of the new product and how this is to be represented. They play with designs on the computer in Haberman’s office, printing off variations and sticking them on the walls. Everything is under scrutiny: name, colour and size of the lettering, whether the lettering is printed horizontally or vertically, even the way the name is spelled.

Haberman does the rounds of companies likely to be interested in taking out a licence to manufacture and sell the product, or just to sell it. The companies she visits are required to sign a non-disclosure agreement to prevent her idea from seeping out.

The more advanced the product is when demonstrated to potential licencees, the better – they are usually reluctant to invest time and money in something if they don’t know for sure that it will work. The Anywayup Cup went out of production for a year because the previous licencee went into administration. But Haberman has just found a factory in Poland to produce it, and by the time you read this it should be on sale again.

Her next venture is a range of products, and, for the first time, she has sought an angel investor to help with the development costs – she had already spent £800,000 before bringing them on board. Part of the agreement was that the manufacture of the range should initially be outsourced, but Haberman is keen to produce her products in her own factory in the UK.

“We have a facility that is waiting for us,” she says. “We’ve done the costings to the nth degree and it’s more cost-effective for us to manufacture in the UK than anywhere else, even China, where you have to order your products and pay for them even before they’re made. If the [retailers] you are selling to don’t pay you until much later, it increases the risk hugely.”

She admits this project has been expensive, largely because she set up a company and has been paying salaries. “We needed finance just as we went into the credit crunch. We wasted a year talking to an American company [which was interested in manufacturing and selling the product] so it’s been slow. The range is also sophisticated and requires a lot of modelling and engineering. We’ve got to get it right.”

So what is her end goal? Is she one of those entrepreneurs addicted to work, who cannot sit back and enjoy life even when they’ve made a bundle of money? Far from it, says Haberman: “This house [tucked away in a mews near Regents Park] in town is my big investment – I look on it as my pension. We’ve always lived modestly – I’m not one for fast cars and jewellery. Our plan is to exit the business, get it up and running with new products coming on stream and then sell.”

Published via the Guardian News Feed plugin for WordPress.