Quotas for Women on Boards? Yes, but… 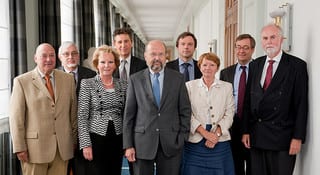 This article was first published earlier this week in the Guardian.

Few people disagree these days with the need for more women at the top of business and banking. Three-quarters of people across Europe say they are in favour of laws to ensure gender balanced boards. And perhaps buoyed by those findings, the European justice commissioner, Viviane Reding, is proposing mandatory quotas if a voluntary approach doesn’t speed up.

In the UK this is set against a context of women losing jobs at a higher rate than men, and over 2 million low- to middle-income families facing tax credit cuts in this week’s budget. Strange times indeed: when affirmative action is on the cards for those at the top, while equality is reined back for everyone else.

Nevertheless, there are very good reasons for introducing boardroom gender quotas. There are stacks of research that confirm that gender diversity on boards results in better corporate performance on every measure, including finance. And there’s widespread agreement too that male-dominated cultures in the top echelons of banking and business created ghettos of groupthink and excessive risk taking. Those narrow cultures were at the heart of what went wrong in the global financial crisis. The Swedish prime minister recently said: “A male atmosphere creates more risk and a greater risk of corruption.”

Quotas have gradually increased female representation on boards in Norway from 9% in 2003 to over 40% today. And similar approaches are now being rolled out in other European countries, including Belgium, France, Italy, the Netherlands and Spain. The issue is being seriously debated in Germany. Legislation varies, but there’s a broadly common model of gradually increasing targets, from 20% up to 40%.

Corporate Britain, fairly united against quotas, has heaved a sigh of relief this week. Voluntary efforts in the last year have resulted in a new record high for female representation on the boards of the UK’s 100 largest listed companies.  The proportion has gone up from 12.5% last year to 15.6% this year.  Experts say that at that level of momentum, we could reach 30% in four years. We’ll see. If the increase is not maintained, then, as David Cameron said recently, the case for quotas may be unavoidable.

But while corporate Britain has pulled out the stops to get female non-executive directors on to its boards, the proportion of women executive directors (female employees who sit on the board) has crawled along from just 5.5% to 6.6%. Promotion prospects come at just the time women start to have families. With expensive childcare, and few meaningful family-friendly workplaces, few of those talented women last long enough to make it to the top. If quotas are to work in the UK, we may need to borrow Norway’s childcare system as well. As it is, childcare tax credits are being cut for around 500,000 families in a few weeks.

And quotas won’t work if they reflect and reinforce the growing chasm between top and bottom earners in the UK today. The pay gap between the highest and lowest earners has reached an all-time high. In the last year the pay of the lowest earners stood still or dropped, while the pay of directors and chief executives increased by 15%.

It may be impossible to justify a gender-equality policy that focuses on women at the top at the same time as the position and prospects of most working women are shrinking. If we’re to change the culture on corporate boards, quotas may be the worst option we have, except for all the others. But even then, they need to go hand-in-hand with policies that support equal opportunities at work, at all levels.