Reaping the rewards of going social 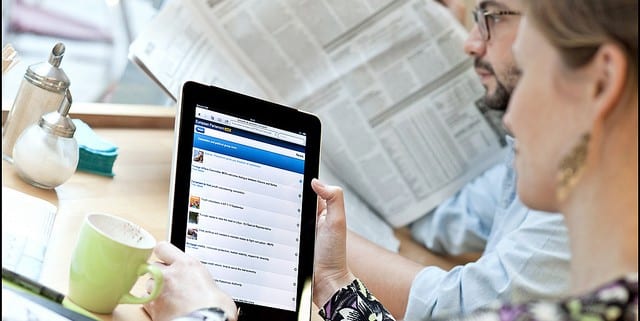 Some people still shriek at the idea of using social media, but there is no getting away from its impact – not only as a means of communication, but also as an effective way to get your company out there to a wide, yet tailored, selection of potential clients and customers.

Sites like Facebook, Twitter, Google+ and LinkedIn are not to be feared, and certainly not to be dismissed as fads for those businesspeople too idle to get out there and sell themselves in the “real” world. As the Internet becomes more and more integral to business, any businesswoman worth her salt must understand that social media has become a go-to option for finding information. Indeed, telemarketing group Sitel ran a study last year confirming that 15% of young adults in the UK head straight to social networks (including forums and blogs) if they are looking for information, advice or simply an opportunity to make themselves heard.

Building up a social scene

Once Facebook, Twitter and Google+ pages have been launched for your company, your next challenge is a daunting one – how do you get people who might only have a passing interest in your company to ‘like’ or follow its social media sites?

The key is to keep it in everybody’s mind. Don’t view your company website and your social media outlets as independent entities, but as the combined melting pot of your online presence recipe. Make sure your main business website notes that you have a social media presence, and vice versa. What you want to avoid is a situation where the only people who ever see your social side are those who actively seek it out.

You can weave your traditional, tangible marketing into this as well; make sure your business cards alert recipients of your social media presence. Even adding something as simple as the Facebook and Twitter logos will remind people that you have a page.

An excellent way to get people to take an interest in your social platforms is to hold competition on them. People love winning things, and you need not necessarily spend a great deal of money on a prize in order to raise interest – what’s perhaps more important is that the giveaway is in some way relevant to the services you offer. Ask friends and fellow employees to use their own social media pages to publicise the competition. You should soon see the ‘likes’ and follows creeping up. Your company will stick in the minds of those who have taken an interest in the prize draw and are likely to consider you a generous, communicative business. What’s more, you will have built up an army of people hooked onto your social media sites and, if you keep them engaged, you should be able to keep yourself on their news feeds for some time.

Having generated interest in your social media pages, perhaps the difficult part is maintaining it. You need to be regularly updating your channels with content designed to connect with your audience. Whether this is through posting links to interesting stories, amusing viewers with images and infographics or simply asking them for their opinion on something, followers will soon switch off if they don’t feel they can interact with your material.

The good news is that nobody is likely to be in a better position to know what makes people tick than you – you know your industry, the news and developments taking place around it and the parts of it that are of particular interest to the general public, so think carefully about the sorts of posts and tweets likely to get the best response and interactions from your followers. Avoid jargon and OTT self-promotion, as these don’t get the same level of response as simply reaching out to your followers, asking them for opinions and appealing to their human side. Bear in mind that every one of your followers has followers of their own, so particularly good content will get shared and retweeted, thus opening you up to a brand new group of users.

Remember that, unlike long-standing forms of marketing like printed media and TV or radio advertising, internet marketing is the closest thing yet to two-way communication. When an ad comes on the television, a voice is talking, and the person sitting at home watching it is presumed to be listening. Only social media allows the customer to answer back and, in terms of gauging reactions and tailoring your output to reach your target audience, this is no bad thing.

While regular updates to social media sites are vital, take care to know where to draw the line between being active and being irritating. If you are already familiar with social media, you will no doubt have that ‘friend’ who is constantly sharing tedious memes and videos and letting us know what they’re having for their tea that night, and he/she is likely to be the first to be axed when you carry out a ‘friend cull’. Similarly, if people get brassed off with your updates and start to see them as spammy clutter, you’ll soon see your number of ‘likes’ and followers plummet – which would be a shame after you’ve worked so hard to get them interested in the first place.

Getting it in sync

When you’re running your own business finding the time and energy for evening or breakfast networking events can be a challenge. The beauty of social media marketing is that it can be carried out when you want, where you want – whether it’s at your desk, on your couch at home or with a mobile device while on the go.

An excellent tool for “talking” to Facebook and Twitter is the content management site WordPress, through which you can schedule material to appear on your website and publicise it on your social media pages at the same time. This means that if you want something to go out to your followers at 9:00am on Monday, you can write it the week before and let WordPress’ synchronization sort it out for you.

I would strongly recommend having a play around with Facebook, Twitter and new kid on the block Google+ in your spare time. A lot of businesspeople really only scratch the surface of these sites’ capabilities, and therefore are not unlocking the potential for exposure they offer.