Social media tips to help you ramp up sales in 2014 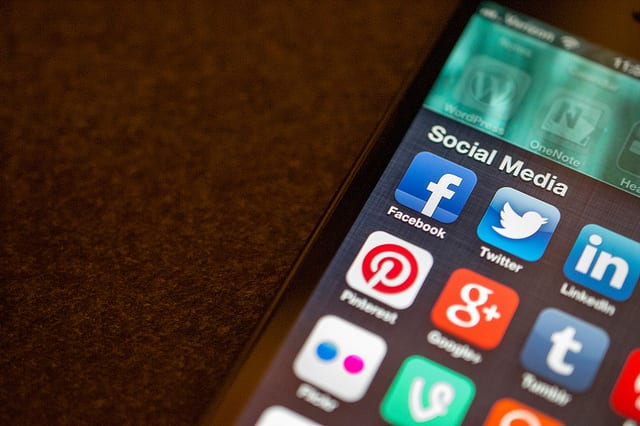 Tons of businesses with an online presence have now incorporated social media into their internet marketing strategies. But the fact remains that not all of them are using it to its full advantage. Indeed, failing do so could actually have a detrimental effect on the company image and how people perceive your brand. It’s not uncommon for people to be a little scared of using social media, but with a little reading, watching what other companies do, and just trying it out, social media can prove to be worth its weight in gold.

Nowadays, it’s impossible to deny the impact of a good social media marketing campaign, and a study by business advisors McKinsey & Company has shown that just as many women in the UK are using Facebook as are men and slightly more are using Twitter. Here are some tips for using social networks as a springboard to sales success.

The most popular social sites are able to coexist for a reason: they each offer the user something completely different. This means that while one company could benefit greatly from the use of a popular site like Facebook, another might be better suited to its micro-blogging rival Twitter.

In a nutshell, Facebook offers a broader spectrum of interaction than Twitter, perhaps making it more suitable for businesses that deal in B2C, such as antiques dealers and car showrooms. Businesses that operate as B2B, on the other hand, might find that Twitter serves as a more suitable platform.

Instagram is a great little platform for businesses with a lot going visually, such as kitchen companies, restaurants, cake decorators, and fitness centres. While it currently only exists as a mobile app, it has more than 150 million active monthly users and clocks up around 8,500 ‘likes’ every second.

Instagram is almost entirely visual – although images can be accompanied by a small caption and users can, of course, leave comments and interact with one another. However, even if you’re no expert when it comes to photography, don’t despair: the app comes with a number of filters that apply various shades to the images and add that smoky, vintage flavour. The app can also accommodate short video clips, although there is a 15-second limit.

In a similar vein, YouTube is a great platform for publishing video content that can be linked back to a main Twitter or Facebook profile. Whichever you use, make sure you stay interesting. Avoid being salesy, and, instead, think of the users and what they’re likely to want to see on their Facebook and Twitter feeds.

It might sound strange – the idea that more neutral posts will lead to a greater volume of sales than those overtly advertising the products and services on offer – but the fact remains that if people feel like they’re being pestered, it won’t be long before they choose to unfollow or unlike.

Publishing engaging content – whether it’s written or visual or a mix of both – is the single best way to organically increase traffic to your website and, in doing so, increase your brand’s sales potential.

Using Facebook, I’ve seen cake decorators publish pictures of half-finished characters made out of icing, prompting their followers for guesses on who the character could be. Such posts often elicit a tremendous volume of interaction, with fans and followers ‘liking’ and sharing the posts. Similarly, restaurant owners who make full use of social media often publish images of their chefs in action or new additions to the menu, asking fans and followers what they think.

If nothing else, social media can become your own private testing panel where you can gain insights into what your potential audience may or may not like. You can survey their opinions without paying for an expensive marketing questionnaire.

No matter what sector you’re trading in, it’s likely there are a number of other businesses offering a similar service or product to your own. So how do you set yourself apart from the others? Obviously, having a consistent, recognisable brand image is important and you can enhance this by establishing yourself as an authority in your field.

Social posts don’t always have to be directly to do with the business either. On Twitter, a brand could retweet links to interesting articles that are relevant to its followers. On Facebook, meanwhile, sharing industry stories in the media is a great way to encourage interaction.

In either case, you could make a comment and offer some observation in your post. It probably goes without saying, but take care not to be controversial; if someone is irked, they’ll quickly unfollow or unlike your page and others with the same opinion may see the activity and follow suit. The decision on how controversial you may wish to be lies with your branding but is something to consider carefully.

Although it’s best to avoid being too promotional, social networks should still be used to publicise any competitions or deals your brand is running or any significant achievements such as awards, television/radio appearances or other newsworthy items.

On Twitter especially, launching a competition is a great way to get more followers, increasing your audience and, as a result, building your sales potential. You could tweet a brief explanation of the prize and a link back to your main website, asking people to follow or ‘like’ your page, and then retweet your competition post for a chance to win.

In the same vein, social sites are perfect for flash sales. Offering deals for a limited time only creates a sense of urgency and increases the chance of someone acting on your offer. A good way of increasing the effectiveness of a flash sale is to let your fans know that there’s one coming up soon, without actually specifying the date and time.

The right time of day

People don’t check their Twitter streams and Facebook newsfeeds all through the day, and if you publish a post at a time when not many people are active, your post runs the risk of falling flat and failing to get the level of attention and interaction you’re after.

We’ve found there are three times of the day when it’s best to post – between 8am and 9am, when people are commuting to work or just arriving at their desks; between 12pm and 2pm, when workers are on their lunch breaks and between 5pm and 7pm, when people are heading home or having their dinner.

Social media really is becoming one of the fastest-growing phenomena of the 21st century, so if you want to want to kick-start your sales in 2014 and see how you can build on your performance of last year, I’d highly recommend going social and rethinking how you connect with your customers.