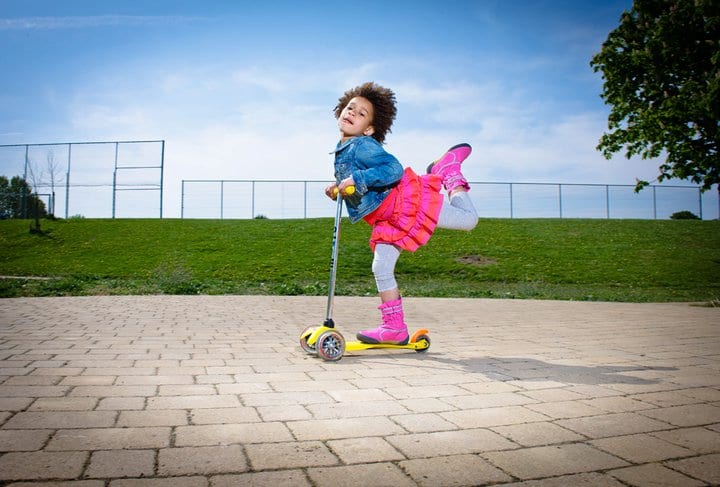 They mocked up their idea from an old pair of plimsolls and an anorak and set out to get their product to market. “As Parents of 7 children between us, we knew what would work,” says Amy. “We knew what our children would go for.”

Neither Amy nor Rainbow had any experience of the footwear industry. Rainbow had run a jewellery design business, and later a vintage clothing shop. Amy had an aptitude for numbers. She had worked in trade support at an investment bank.

“It was almost good that we had so little experience because we came to things fresh,” says Amy. “We didn’t know what was possible. Therefore we didn’t talk ourselves out of things. Previous experience is sometimes a little overrated. Had we known what would be involved we would not be here doing this now.”

Power of the playground

One of the first things they did was to seek to protect the intellectual property  in their design concept via an IP site on then internet. Next, Amy and Rainbow turned to the playground at their kids’ school in North London. They knew Paul, one of the dads they met regularly at the school gate, was involved in the footwear industry. It turned out that Paul was in high fashion women’s footwear, but he was going to visit a factory in China and he took their idea with him. Two weeks later Amy and Rainbow had a vulcanised bootie in their hands. Things felt like they were going almost too well.

Paul introduced them to Graham, who had 20 years experience solving the kinds of technical problems that rainSplats presented. Graham took on the role of design consultant and located the right factory in China to manufacture the new footwear.

The school playground proved to be an excellent recruiting ground. They have also found a photographer, logo designer and graphic designer there.

But both women were conscious that they were entering a very competitive market where they would be up against well-resourced and international brands with considerable market power and large marketing budgets.

“It has been quite organic,” says Rainbow. “We have been learning on the job.” As each challenge presented itself, the business partners have sought to learn the skills necessary or to identify people with the skills they need.

After two years of development work, Splats were finally ready for the market. Two months later, John Lewis contacted Amy and Rainbow with an order. A little later, Russell &  Bromley also put in an order.  Splats is on target to sell 7,000 pairs of boots in its first year. There has also been interest from potential customers in Russia, Canada, Australia and Scandinavia.

Now the new company needed finance. That has proved to be another challenge. Despite the fact that the partners could put a John Lewis order on the table, their bank was only prepared to offer them 50% of the value of that order via an overdraft.

Next, Amy and Rainbow spoke to venture capitalists. One group said that they had only ever invested in one female-owned business and that Splats was too young a company for them to invest. Others were more interested in gaining control of the company than in helping the women develop it.

“We were looking for people with experience that could be of help to us, it wasn’t just about the money,” says Amy.

Eventually, they hit on MeWe360, a combination of a not-for-profit business incubator and a commercial investment fund. It was launched in February 2013 with backing from the Arts Council England, Esmé Fairbairn Foundation, McKenna Charitable Trust and from commercial investor Ingenious Media.

“When you talk to investors, there is a little bit of poker going on,” says Amy. “It can be scary and intimidating. With MeWe it has been more relaxed and supportive. It has already supported the business through its networking events, the contacts we have made and the conversations.”

Plans are well advanced for a new addition to the Splats range for summer 2014 – the sunSplats. The eventual plan is to have a full range of Splats with a sunSplats, rainSplats and snoSplats.

“It has been bloody hard work,” says Rainbow. “We don’t have office space. I sometimes have to tell the kids to shut up while I take phone calls. We try to get people to meet us locally, which is easier for us as mums. My husband had the hump for ages because because I was so busy. I was always sitting in the hallway on the computer, working.

“But on another note, our kids are really proud of what their mums have done and it is good for them to see what a bit of hard work and sacrifice can get you.” “If I had a bit of advice, it would be to believe in yourself,” says Amy. “We haven’t known the answers to everything. We are having to make business decisions in areas where we don’t know the right answers. You have to trust that what you do will work out and be the right thing.

2 thoughts on “Mothers of Invention”