Is video changing the recruitment process for women? 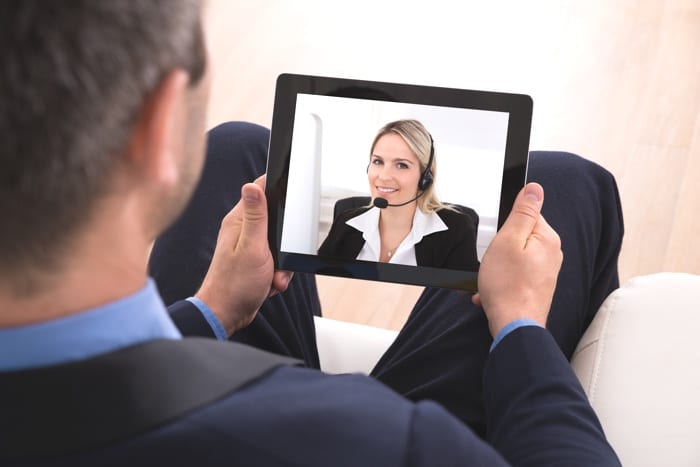 Applying for a job used to be a process that relied solely on written CVs and face-to-face interviews, but now the use of video has prompted huge changes in the way we think about all aspects of corporate recruitment.

Companies and applicants alike are increasingly relying on video to help set them apart from the competition. But what does the prevalence of video in the recruitment process really mean for female applicants?

‘Your social class, ethnicity, weight, and age can all be gleaned from the first 10 seconds of watching you. You need to be pretty confident about the value you bring to employers when you create a video CV.’

This warning also rings true for female applicants choosing to submit video CVs to recruiters, especially if the job description doesn’t require one. While employers are bound by strict anti-discrimination laws, a video CV can transmit all kinds of nonverbal information which may or may not work in favour of the candidate.

While almost all employers will do everything they can to avoid discrimination, there is often a level of subconscious bias that drives similar people together. The same Guardian article quoted businesswoman Elizabeth Bacchus, who argued that ‘some HR managers are extremely nervous about video CVs because of the potential employment legalities around perceived discrimination.’

Though it may seem counterintuitive, there is some evidence that pre-recorded video CVs can actually lessen the risk of bias in the recruitment process: ‘because multiple individuals can view the video, the probability of unconscious bias is reduced.’

Video is helping to create support networks for professional women

Websites such as the UK-based WomenLikeUs feature video testimonials from professional women offering tips and real-life stories which cover a vast range of topics related to interviewing and job-hunting.

Sharing stories and experiences can help job-seekers make valuable business connections and learn more about the companies and positions they are applying to.

Professional networking site LinkedIn allows users to upload videos demonstrating their skills and talents, easily accessible by potential employers. As women are, on average, less likely than men to ‘self-nominate for promotions’, a skilful and engaging profile can serve as a non-aggressive way to impress online recruiters.

In 1995 an employment studies report by the Institute for Employment Studies cited several cultural barriers to women succeeding in business, one of which was the ‘persistence of informal networks from which women are excluded’.

In the two decades since this report was published video has arguably revolutionised the hiring process, in part by publicising the success of women throughout the business spectrum and in part by undermining the use of informal local networks with a global pool of talented candidates.

Sylvia Ann Hewitt, author of Winning the War for Talent in Emerging Markets: Why Women are the Solution, has advocated the recruitment of underutilised and talented women in so-called BRIC countries (Brazil, Russia, India and China). Many companies have taken this advice to heart and created videos with the express aim of attracting talented women in these emerging centres of commerce.

Siemens, a company actively recruiting from India and South America, has made a number of ‘diversity tour’ videos which highlight the multicultural nature of the company, as well as the opportunities available for women to make a difference.

Corporate videos are changing their focus

Corporate videos are part of a wider trend which sees companies striving to highlight their diverse workplaces and flexible approach to the 40 hour work week. London-based production company TellyJuice, who have made videos for the likes of The Guardian and Freesat, have dedicated a recent blog to the growing power of corporate video in the recruitment process.

A study from the University of Cranfield found that ‘flexible working was a key factor for women returning to work after maternity leave, as well as being attractive to new recruits to the organisation.’ In response, many corporate videos now emphasise an openness to flexible working hours and opportunities for professional development within an organisation, as well as using employee testimonials to appeal to job-seekers.

Video has formed an important part of an ongoing attempt to expand and diversify workforces across the UK. Reservations about the use of video in the recruitment process are generally overshadowed by the ease of using video to interview candidates who live outwith easy travelling distance and appeal to international talent.

The tangible effect of video use on equal representation in the workplace is hard to quantify, and while its use in recruitment has grown alongside increases in gender equality it is difficult to argue that there is a substantial link between the two.

While video is enabling a wider selection of talented women to apply for desirable positions, this is just a small part of an international effort to reduce discrimination and improve opportunities for women in the workplace.