Women who are making their mark in the digital economy 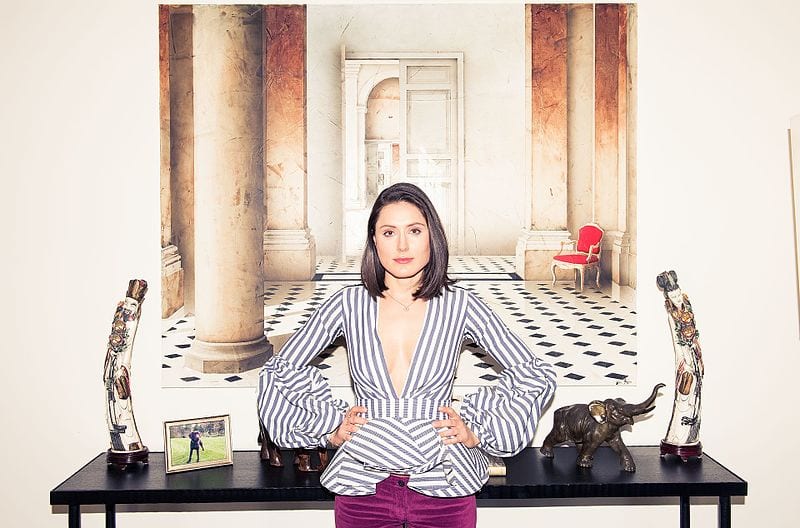 We are now firmly in the digital age. But with women comprising just 15% of computer science graduates, there is still a long way to go before the digital economy reflects everyone’s needs. Role models matter more than ever, to show other women what’s possible and to help shape more inclusive services.

Ecommerce and app development are areas where women are increasingly well represented. Driving this success are a handful of fantastic women. Factors needed to succeed in e-commerce include  marketing skills, passion, keeping up with trending products to sell and drive. App development is about identifying a niche group with a problem, then putting together and executing an effective solution. In both cases, tech skills help, but you can succeed if you have the ambition, drive and focus, plus the ability to inspire and bring together the right people and resources to make it happen. Here is a list of female entrepreneurs who are changing and disrupting the digital economy today:

The so-called ‘dating entrepreneur’, Stark is the co-founder and CEO of Huggle, a dating app she created with co-founder Stina Sanders after meeting using their Instagram’s geo-locations when she moved from Moscow to London, trying to find friends with similar interests. From there the idea was initiated, to create an app that uses common locations in order to find dates or friends, as long as they share at least two places in common. Today, Huggle has logged over 50 million places, 3 million swipes each day, and over 120,000 messages each day, earning her a spot on About Time’s list of “Top 30 Female Entrepreneurs in the UK to Watch in 2018”.

Also on the list is Eltz, orthopaedic surgeon and founder of Doctify, which allows you to book doctors and specialists instantly online in the UK.  When she needed a procedure done, she discovered just how far out it can be to get in for a visit, not to mention within reasonable hours without missing work, so the idea was born to create a more innovative approach by being able to read doctor’s profiles, reviews, then booking online. With over 60,000 users each month, Doctify continues to reinvent healthcare that coincides with technology.

Megan Grassell launched her e-business when she was just 17-years-old. As a young adult, she realised the frustration many girls had to face when shopping for undergarments, in a lingerie sector dominated by brands like Victoria’s Secret. Grassell launched Yellowberry, in the face of these established brands that emphasized sex appeal over comfort. It was very much the antithesis of Victoria’s Secret. Yellowberry is to fit and functionality what Victoria’s Secret is to appearance. Yellowberry is now a major online store for teens and young adults shopping for cute and comfy undergarments. The e-business has been so successful that Grassell has even begun to collaborate with the major brand American Eagles.

Ana Wegbreit was a bartender when she followed a business executive’s advice to build a Facebook developer app. Wegbreit isn’t a coder herself, so she hired a developer to design an app called BuildRX. The app offered clients solutions to complex problems relating to design, marketing, development, and e-commerce.The app wasn’t successful right away, although it was launched at the right time. Wegbreit put in all her effort and never stopped brainstorming for new ideas. Wegbreit was skilled in getting clients to use efficiency optimising software like Google Analytics and MailChimp. That was just one of the things that contributed to the popularity of BuildRX. Wegbreit didn’t stop with just one app. Following the success of BuildRX, she has launched a new company named integrations.io, which connects physical storefronts to e-commerce services.

Ashley Alderson is the driving force being The Boutique Hub, an online store modeled after the famed high-end boutiques across the U.S. Alderson grew up in North Dakota, where, notably, there weren’t any fancy specialty stores to visit. She has always been fascinated by exclusive boutiques found in shopping meccas like New York City and L.A., but when her family moved to Wisconsin, which isn’t too different from North Dakota in its shopping choices, Alderson came up with an idea. The Boutique Hub launched just when the e-commerce sector was taking off. The idea behind the e-store was to bring the fancy boutique shopping experience to women all over the US. The site brings together small businesses, bloggers, fashionistas, brands, and an array of professional organizations that facilitate a truly unforgettable shopping experience. Even with the skyrocketing success of websites like Amazon, The Boutique Hub has stayed strong, thanks to its one-of-a-kind networking system. Alderson is always on the lookout for new ways to grow the site and make it even bigger than it is.

These women are just a few of the success stories in the digital economy. As e-retail and the app sector continue to expand we are set to see many more.