Women entrepreneurs – we’re listening to you! 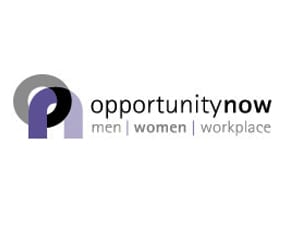 It seems like every other day there’s a new statistic being published that shows how women are losing out in the workplace in some way. So far this month we’ve had Equal Pay Day – the point in the year after which women are working for free due to the gender pay gap – and a study estimating that 50,000 women have been forced out of their jobs due to pregnancy discrimination. Other recent stories have included the news that women aged 16-24 are three times more likely to be in low-paid, low-skilled jobs than they were 20 years ago, and that the UK is stubbornly stuck at 18th in the world gender equality league table due to the ‘glass ceiling’ in business and politics.

The picture painted by these statistics is downright disheartening whilst being strangely familiar. We know women are disproportionately affected on issues like pay and part-time employment. If they weren’t, there wouldn’t be a need for campaigns like Opportunity Now. But although there are lots of companies out there making a difference for their female employees – the work that Barclays has been doing to inspire girls and young women to a career in finance is a particularly good example – there doesn’t seem to be a great concentrated effort to improve the situation for all women.

Last week we launched Project 28-40 – the biggest ever survey of women’s workplace experiences. We’re gathering stories and views from women and men of all ages about the issues that affect their working lives, so we can examine the reasons why women’s rate of progression slows compared to men in their late 20s and 30s and work with employers to change the status quo for women. So far, so like every other survey of what it’s like to be a woman in modern Britain, you might think. But we’re endeavouring to be different.

We are working closely with businesses to drive real change for women in the workplace and enable them to achieve their ambitions at work. Over the weekend 77 top business leaders from a huge range of sectors signed an open letter in support of the project, which was published in the Times and the Guardian. The fact that so many businesses are openly supporting our aims gives us a real opportunity for significant change rather than just collecting data and letting it gather dust, as so many other surveys seem to do. We’re also different in terms of scale – this will be the largest survey of its kind in the UK – and in our focus on the 28-40 age group, as this is where women’s rate of progression slows compared to men.

But our key point of difference is that we are listening to women’s stories. We know there is no shortage of talented women in the UK and Ireland, and that they all have unique experiences about their careers and workplaces to share. Their stories will help us explore the nature of female ambition – whether that’s a seat at the board table, receiving the same pay and reward as their male colleagues, running their own business, creating a good work-life balance or simply doing a job they enjoy – and elicit the truth about their workplace experiences. Because it’s only when we know exactly what women want from their careers that we’ll be able to truly make a difference.

Understanding the rise in female self-employment

A big part of the survey, which other studies may neglect, is female entrepreneurs. The number of women who are self-employed in the UK has risen to 1,284,000 (up from 1,210,000 in 2010) and 18 per cent of small and medium-sized British businesses are run by women. But just four per cent of women are engaged in entrepreneurial activity compared to nine per cent of men. One of our big questions is on where women in the 28-40 age range go after they leave the workforce. We know some of them go on to become entrepreneurs and small business owners, but what we want to know is why – the reasons that made them choose to strike out on their own, and what their employers could have done to encourage them to stay if they’d wanted to.

The survey is open until 15th December and is doing fantastically well – at the time of writing we had over 7,000 responses, which already makes it one of the biggest surveys of women and work ever. But we want to make it as big as possible. Our goal is to reach 100,000 women, which seems like a huge target – some might say impossible – and we know that we need to reach women from all walks of life. So we’re asking readers to share the survey with as many people as possible – it’s only with your help that this can truly be a movement for change. So come and tell Project 28-40 your stories. We’re listening to what you’ve got to say.

Please click the link to complete the survey now: www.project2840.com

2 thoughts on “Women entrepreneurs – we’re listening to you!”